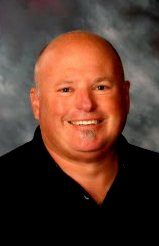 Don was born April 22, 1964 in Monterey, California to Donald Joseph and Peggy (Helms) Jarboe.  He grew up a child of a Lutheran pastor, and he and his family had the opportunity to live in many different places including Maryland, Indiana, Illinois and North Carolina. After graduating from Warren Academy in Warrenton, North Carolina, Don attended Lenoir-Rhyne College, graduating with a Bachelor of Science in Biology in 1986.   He worked for several years as an EMG technician and then as a registered polysomnographic technologist for Frye Regional Medical Center, before returning to school to pursue a BS in Physical Therapy, graduating from East Carolina University in 1992.

It is through the field of physical therapy that Don found his niche. He helped many people overcome physical obstacles and pain through his knowledge and skill.   He was the owner of Port City Physical Therapy in The Cotton Exchange in downtown Wilmington.   He was constantly in the pursuit of knowledge and attended graduate programs in St. Michael’s Seminary, as well as Arizona School of Health Science at A.T. Still University,  where he was pursing his transitional Doctor of Physical Therapy degree.   He was a board certified Orthopedic Clinical Specialist for 17 years. He became a fellow of the American Academy of Orthopedic Manual Physical Therapists in 2016.

The joys of his life were his two sons, Matthew Colm Jarboe and Andrew Eoin Jarboe.  Don liked to do nothing better in his free time than to be in the presence of his sons.  Matt and Drew have many fond memories of their Dad listening to music, watching fireworks and movies, canoeing at Greenfield Lake, and finding shells and fossils on our wonderful local beaches together.

Don is survived by his sons Matthew and Andrew, their mother Kara Morris Jarboe, his mother Peggy Helms Jarboe, his brothers William Jarboe and Mark Jarboe (Sarah), and his sisters Rachael Jarboe and Rebekah Jarboe.  He is also survived by three special nephews: Alec, Brendan and Nicholas.

Visitation will be at Wilmington Funeral and Cremation Friday November 3, 2017 from 6 pm to 8 pm.  A funeral Mass will be celebrated Saturday November 4, 2017 at 11 am at the Church of St. Peter the Fisherman Charismatic Episcopal Church, 314 South Carolina Ave. Wilmington 28401.

In memory of Don, donations can be made to the Early Bread Ministry, Church of St. Peter the Fisherman.   This ministry to the homeless, that includes feeding and clothing those in need in our community, was very close to Don’s heart.