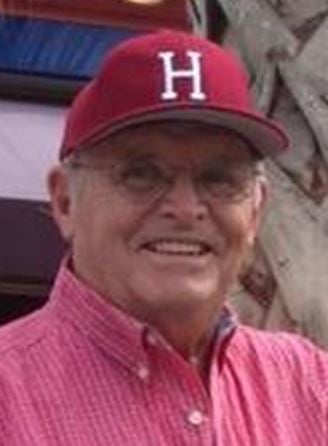 Bob was born in Vermillion, SD to William R. & Alma Russell, the oldest of 8 boys. He graduated from Vermillion High School in 1950. He attended the University of South Dakota, majoring in Engineering. He married Theodosia Marie Evans, December 25, 1955 at Ft. Bragg, NC while he was stationed in the Army.

Bob worked building grain elevators throughout the Midwest with Tillotson Construction, Mid-States Construction and Stout Construction. He worked his way from field to general superintendent to president of Quad States Construction. Most of those years he resided in Manson, IA. It is there, he started his own business, T.R. Russell Construction, Inc. Bob and Dosie moved to North Carolina in 2000. His engineering expertise allowed him to continue to work as a consultant and travel to Mexico, Puerto Rico and Canada with Sawatzky, Ltd. and Portland Systems. It is in Hampstead, NC that he retired. He enjoyed crossword puzzles, making woodcraft projects, spending time with his family on Topsail Beach and loved the family super bowl pool and lottery. He loved getting to know where anyone was from and their story. He served on the Topsail Greens neighborhood board. He loved to watch and listen to baseball and always had a ball cap on especially his Harvard or Twins one. He enjoyed stories of what his grandkids were up to and always had a story to share.

A celebration of life will be held at a later date. In lieu of flowers, memorials may be made in his honor in tribute to his wife Dosie to Alzheimer’s Association (alz.org) or Lower Cape Fear Hospice (www.lcfhfoundation.org) in Wilmington, NC.

Please share memories and condolences with the family by clicking on the “Post a Condolence” tab below.
Wilmington Funeral & Cremation, 16076 US Hwy 17 N, Hampstead, NC 28443.