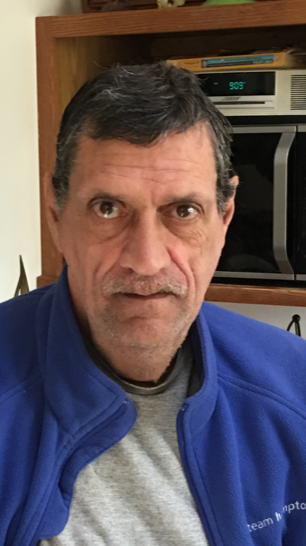 Donald Sterling Speck was born to Roger Speck and Evelyn Speck in Almont, Michigan on June 2, 1959. The lord called him home at the age of 60 on November 16, 2019 in Wilmington, North Carolina.

He was preceded in death by his parents; and his partner Annie Mannering, his brothers Michael and Steven. Donald has left behind three brothers Ronald, Gary, and Jeffrey, sisters in law Tricia and Vickie. He is also survived by nieces and nephews including Jacob, Jennifer, Sarah, Melissa, Michelle, Chucky, Roger, Alex, Stephanie, Jeffrey, and Ava. He was a carpenter who enjoyed playing guitar and sailing as he lived on a couple of boats in his younger years. He is a Christian that is now rejoicing in heaven with the lord.

For I am convinced that neither death, nor life, nor angels, nor principalities, nor things present, nor things to come, nor powers, nor height, nor death, nor any other creative thing, shall be able to separate us from the love of God, which is in Christ Jesus our Lord.