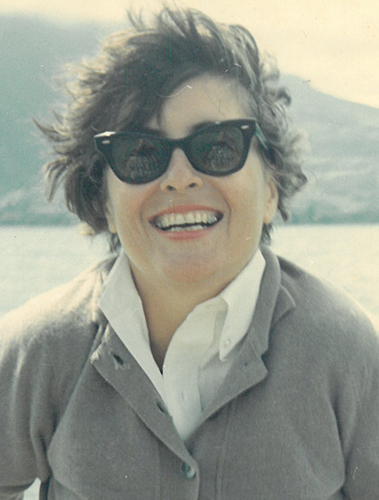 Barbara graduated from Radcliff in 1941. She worked for Newsweek Magazine as editor of International News. Other newspapers that she worked for were the Chicago Tribune, The Los Angeles times and then settling down to the New York Times as editor of the women’s section. Barbara was a ghost writer as well; writing all of Joyce Brothers books as well as many others. Barbara befriended Kaye Summersby, Dwight D. Eisenhower’s driver during World War II, and wrote “Past Forgetting” using much of the information from Eisenhower’s diaries. Kaye died before the book was published, so Barbara left the dairies to her brother, Richard Woodman, who contacted the Eisenhower Library and donated those pages of the diaries that she had. They are now in a section of the Library dedicated to his wartime efforts.

Barbara was preceded in death by her father, Clarence Woodman, her mother Katherine Woodman and her sister, Virginia Woodman Cordes.

No services planned at this time.