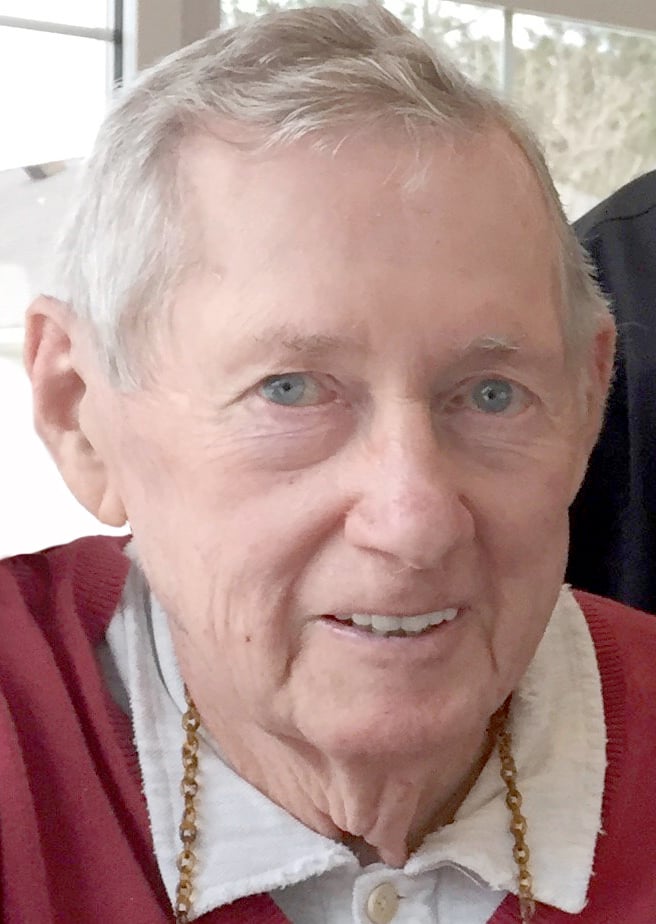 Maurice was born on June 29,1930 in Bridgeport, CT and was the son of the late John and Mary (Reardon) Fenton.

He was a member of the Fairfield College Preparatory School’s 1948 graduating class. He earned his BA in Mathematics (1952) and MA in Education (1956) from Fairfield University. He
was an active member of their alumni and a past president of the Bridgeport Alumni Division of the University. He also studied at Yale University under a National Science Foundation
Grant.

He was a proud Army Veteran of the Korean War. In 1953 he was awarded the Bronze Star Medal with V device for heroism. He was Honorably Discharged from the Army in 1954 with the rank of Sergeant First Class. He remained a long-time member of the Catholic War Veterans and Veterans of Foreign Wars.

Maurice lived in Stratford, CT for 38 years where he and Eleanor raised their family. He was a former Trustee of Our Lady of Grace Church in Stratford, CT where he also served as President
of their Home School Association and President of the church council. He was a Red Cross volunteer for a number of years. Many summers he would plan the Fenton Family picnics for generations to enjoy.

He enjoyed his Irish heritage as a member of the Gaelic American Club in Fairfield, CT and the Ancient Order of the Hibernians in both Bridgeport, CT and Wilmington, NC.

Maurice and Eleanor moved to Leland, NC in 1998 where he enjoyed years golfing with the “Senior Tour” at Magnolia Greens. He would proudly share stories about his two holes-in-one and point to the plaques in the clubhouse marking his achievement.

He was a member of St. Mark parish in Wilmington, NC.

For many years he was an enthusiastic Brooklyn Dodger fan. His favorite football team was the Fighting Irish of Notre Dame University. He also attended many Army games at West Point with his brothers, his children and many nieces and nephews.

He is survived by his beloved wife of 67 years, Eleanor Ryan Fenton, sons Daniel Fenton of Seattle, WA, Thomas Fenton and his wife Carole of Bangkok, Thailand, daughters Catherine Peterson and husband David of Wyckoff, NJ and Christine Fenton of Suffolk, VA. He leaves a sister, Kathleen Morrissey, his sisters-in-law, Elaine Ryan and Sr. Rosemary Ryan RSM and several nieces and nephews.

Services to celebrate Maurice’s life well lived will be held at a later date.