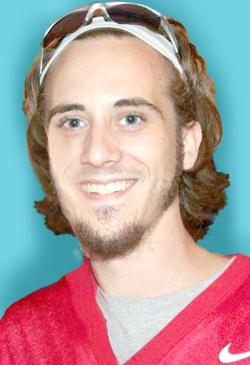 Our charismatic and beautiful son and brother died Saturday from a cardiac arrest caused by a drug overdose.

Adam was raised in a loving home with his parents and his sister Paige, who shared his birthdate. Outwardly, Adam looked like he had it all: intelligence, confidence, beautiful blue eyes, broad smile, fantastic wit, and the ability to engage and forge a relationship with anyone. Adam was such a likeable kid. Inwardly, Adam was sensitive and had struggles that he hid well from his family and friends. We loved Adam with all of our hearts, but we know that was not enough to shield him from this world.

With Adam’s seemingly endless positive traits, he had the potential to be anything, but drugs began to creep into his life while he was in high school. Although Adam could never be completely honest about the trouble he was in, his love and respect for his family became a lifeline over the last few years. He successfully completed drug rehab twice, but the craving that comes from true addiction was more than he could overcome. While we always felt we had some grip on Adam’s issues, his ability to hide and disguise his addiction proved superior to our parental (and sibling) sixth sense. The worry that we have felt watching Adam struggle has been replaced by a deep feeling of loss that now exists knowing we will never see his smiling face again.

To all children, this note is a simple reminder that there are people who love you, with everything they have and no matter what you do – don’t be too afraid, ashamed, scared – too anything – to ask for help.

To all parents, pay close attention to your children and the world that revolves around them – even when the surface is calm, the water may be turbulent just beneath.

Adam’s struggles have ended. He is finally at peace. We love you and miss you dearly.

In lieu of flowers, contributions may be made to Covington Catholic (STEM) Science, Technology, Engineering and Math endowment at Covington Catholic High School, 1600 Dixie Highway, Park Hills, KY 41011-2797, or (CCAT) Center for Chemical Addictions Treatment at CCATsober.org in memory of Adam Premec.