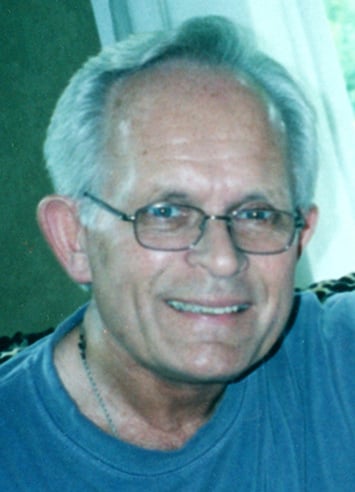 Passing away suddenly, at age 82, Al was a wonderful, caring husband and father.

Born in 1939 in Mineola, NY, Al grew up in Rockville Ctr and Stony Brook, NY. He attended Stony Brook Boys School and stayed one year at Hobart before enlisting in the Navy for 4 years. He served on several Destroyers, known as the “greyhounds” of the fleet. Al’s chosen field was Navigation, having attained the grade of Quartermaster 2 prior to his Honorable discharge from the military. He also served on the USS William V. Pratt.

In 1963, Al went to work with RH Macy, where he started first as a salesman. He moved up into the Upper-Management training program and held positions in both the flagship store in Manhattan and in branch stores. Al left the company after 9 years to form his own marine supply company, The Suffolk Boat Locker in Centereach, NY.

Realizing that self-employment was not for him, Al returned to department store management, starting with A&S in 1981, where he remained until their parent company bought Macy’s. He was also Store Manager of the Furniture Clearance Center when he took to early retirement in 1997.

Al was a member of the Sons of the American Revolution (SAR), was active in the United States Power Squadrons for 31 years, belonged to the Three Village Historical Society, and acted as Treasurer of the Franklin Melville Memorial Foundation, a 25-acre private park and sanctuary.

A member of the Carolina Episcopal Church in Setauket, NY, Al served as Lay Eucharistic Minister, Brotherhood of St. Andrew Director, Church Warden, and received the Bishop’s Medal for Distinguished Service in the Diocese of Long Island. After relocating to Leland, NC in 2011, Al served as Verger at St. John’s Episcopal Church and was also a volunteer at the Bellamy Mansion.

Al is survived by his wife of 55 years Bonnie Meyer, his two daughters Tracy Meyer and Jessica Booth (Brett), grandchildren Griffin Meyer, Amelia, Jackson, Olivia Booth, and Alex Gailor, his brothers Walter Meyer and John Hershey (Jeri), and his nephews Sean and Kevin. Al is predeceased by both his parents Walter and Sylvia Meyer.

Please leave memories and condolences for Al’s family by clicking the “Post a Condolence” tab below.