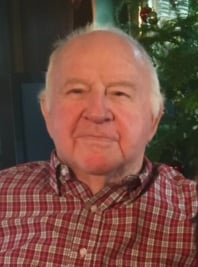 Albert served his country with honor and distinction as a Sergeant in the United States Marine Corps., during the Korean War. After the war he was a Police Officer with the Montgomery County Police, in Rockville, MD. for fourteen years. He was awarded Police Officer of the Year in 1962 for having saved lives during a gun battle. He moved to Wilmington and served as First Chief of the New Hanover Volunteer Rescue Squad. Albert then spent nineteen years working as an Industrial Mechanic for Heathcraft, until the plant closed. He continued his service to the people of New Hanover County spending nine years as a Bus Monitor before retiring in 2008.

Albert is survived by his children Albert R. Owens, Jr. of Frederick, MD. and Judy Owens of Rising Sun, MD. and step-children Sandra Leser, Bonnie Hayes, Larry Southall and Terry McCloud. He is also survived by many grandchildren and great grandchildren.