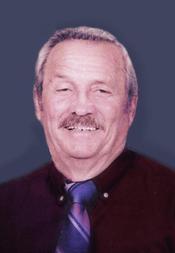 Mr. Thompson made Wilmington his home in 1966 when he started working on the construction of New Hanover Memorial Hospital as a welder. After holding several jobs, including working at the old Wilmington Iron Works, he retired from Pak-Tank Atlantic. He enjoyed spending time with his family and traveling and camping across the country, which gave him lots of material for the stories he loved to tell. He was quite the story-teller and would often meet his friends for an early breakfast at Hardees where he would share his experiences. He also very much enjoyed a good yard sale or flea market.
When he first arrived to Wilmington, Mr. Thompson lived in the Greenfield Lake area and was an active member of Lake Forest Baptist Church. He and his wife Wilma later moved to Rocky Point where they were active members of Rocky Point Baptist Church. He served as a deacon and outreach member, along with other duties. In his later years he attended Olivet Baptist Church until his health kept him from doing so, much to his regret.

A memorial service will be held 11 AM Monday April 9, 2012 at Wilmington Funeral Chapel. Reverend Tony Ripley will officiate the service. The family will receive visitors before and after the memorial service.