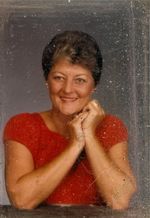 She was born October 27, 1939 in Laurinburg, NC the daughter of the late Bertha and Charles Lee Lufsey.

She was predeceased by her sister Esther Skipper and half-brother Jimmy Lufsey.

In lieu of flowers memorial contributions may be made to American Liver Foundation
75 Maiden Lane, Suite 603
New York, NY 10038

No services are planned in Wilmington, NC.