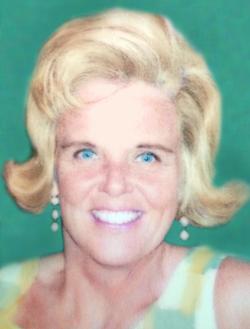 Alice was born in New York City, NY on September 26, 1921 to the late Michael O’Hara and Nora Sheehan O’Hara. She moved to Stamford CT at an early age and spent most of her life there. She graduated from Stamford High School and Short’s Secretarial School. She married Tom Purcell, who she first met in Junior High, in 1942 during World War II.

Being a young married woman in 1942, Alice could only stand by as her young husband went off to war. Tom ended up in Germany fighting in the Battle of the Bulge and was eventually taken prisoner of war by the Germans. Back in the USA, with an infant child and a telegram indicating he was missing in action, one can only imagine the strength she had to summon and the fears she had to endure. The grit and determination she found as a young bride was evident throughout her life.

Tom safely returned from the service in 1945 and together they happily raised their growing family of four children. The family moved to Cortland NY in 1961 and spent 10 years there before returning to Stamford. Alice had a career later in life as Executive Secretary to the Chairman of the Board of Union Trust Bank. When Alice and Tom retired about 20 years ago they relocated to Wilmington NC to enjoy the weather and the golfing.

She is also survived by several nephews and nieces, as well as many cousins across the US and in Ireland, close friends, loving caregivers, irreplaceable neighbors and fond acquaintances.

We will all miss her feistiness tempered with her Irish wit, piercing blue eyes and ever-ready smile. A devout Catholic and member of Immaculate Conception parish for over 20 years, her generosity, kindnesses and friendliness knew no boundaries. She was an inspiration to everyone that met her. There will never be another Alice…..

A memorial mass will be held 9 AM Tuesday October 28, 2014 at Immaculate Conception Church.

A vigil will begin at 8 AM at the church.

Memorial contributions can be made to Lower Cape Fear Hospice or Immaculate Conception Church Building Fund.