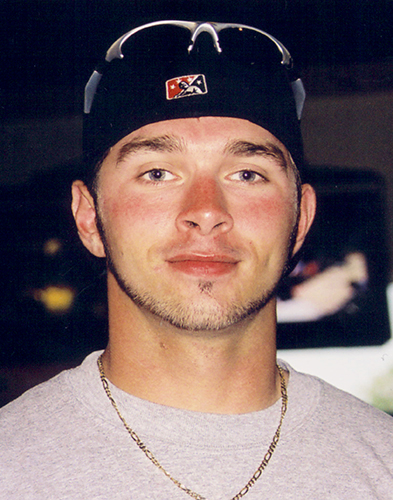 Allen Patrick Flood died on March 8th, 2017 at his home in Wilmington, NC, at the age of 31, after a protracted battle with cancer. He leaves behind his loving wife, Jennifer Flood and their two precious little boys, Cole and Mason.

Allen was born on April 9, 1985 in Hamlet, NC. He graduated from Richmond Senior High School in 2003. Allen was athletically gifted and used his God-given talents to play baseball in high-school and throughout his college career. He proudly pitched for the UNCW Seahawks from 2003-2008 and graduated with a Bachelor’s degree in Psychology.

Allen worked as a Financial Service Officer for State Employee’s Credit Union for over 7 years. He loved his boys, his wife, his “momma”, his family, laughing with his friends, traveling, good food, sports- especially UNC basketball, and most importantly God.

Allen is survived by his wife and children, his grandfather Charles Hendricks, grandmother Helen Hornaday; parents Robert and Terry Flood; his brothers, Steven King, Philip King and his wife Gina King, his niece Kylie King and nephew Tyler King; brother-in-law Brant Pollard and his wife Cameron Pollard and his niece Campbell Pollard. He is preceded in death by his grandfather Ernest Hornaday and his grandmother Norma Dean Hendricks.

Allen requested to be cremated. Visitation will be held at Wilmington Funeral Chapel on Monday, March 13, 2017 from 1-2:30 pm with a service following at 2:30 pm. The family would like to thank all of the amazing doctors, nurses, and staff at Wake Forest Baptist Hospital and the Lower Cape Fear Hospice Center for the compassionate care that they gave to Allen during this difficult journey.

In lieu of flowers, gifts in his memory may be sent to the Leukemia and Lymphoma Association, 401 Harrison Oakes Blvd., Suite 200, Cary, NC 27513