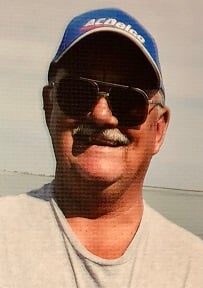 He was born in Wilmington, NC., on August 29, 1952, the son of the late Bryant Glenn Sneeden and Elizabeth Rae Sneeden. Allen was preceded in death by his brothers Samuel, Danny and Wayne Sneeden.

Allen is survived by his loving wife of 50 years Linda Ramsey Sneeden, a daughter Wendy Sneeden Norris, son in law Jerry Norris, son Allen Ray Sneeden Jr., and his most treasured people his grandchildren Morgan and Amber Sneeden, and Gavin and Bryson Norris. Many sisters in law, cousins, nieces and nephews. He also leaves behind his loving cat Poptart, dog Scrappy and many friends.

Allen was a long-time employee of General Electric for over 27 years. He was a jack of all trades and there was nothing he couldn’t do or create. He was a one of a kind man that had a heart of gold. From a young age he had a love for cars which resulted in him owning almost a 100 cars and trucks throughout his life. His passion was for fishing and you could find him at his happiest in his boat. His family was his world and there was no end to making them happy.

A Memorial Visitation will be held on Thursday, June 6th, 2019, at 6:00pm at the Wilmington Funeral Chapel.

In lieu of flowers Memorial Contributions made to The American Foundation of Suicide Prevention in his honor, would be greatly appreciated.