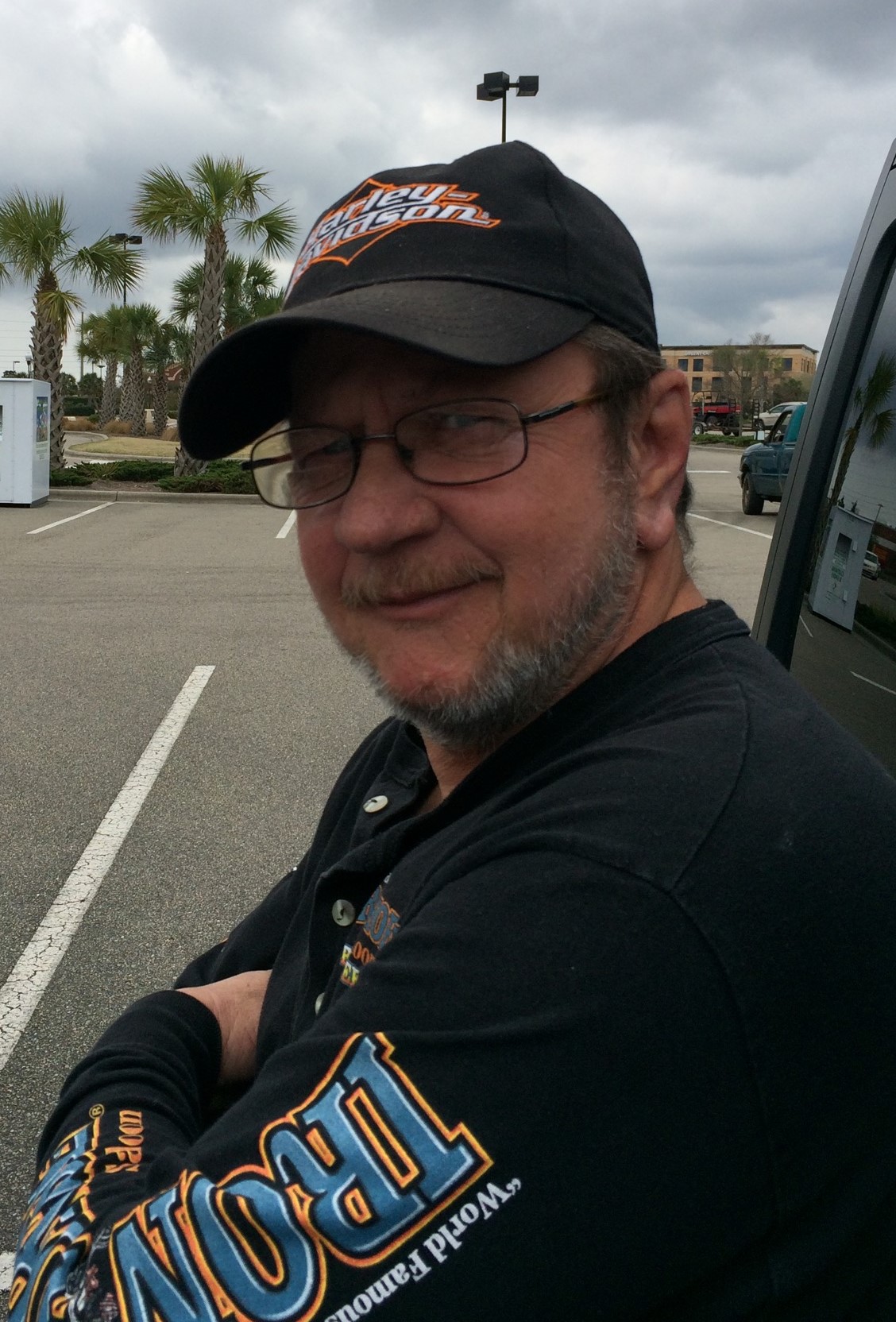 Andrew Hamp Hardee, Jr of Kure Beach NC passed away at his home on August 9, 2020 surrounded by his loving family and friends. Born on May 03, 1955 to Andrew Hampton Hardee and Lucille Stevens Hardee.

Andy was a Graduate of Camden Military Academy then went on to serve in the U.S. Air Force for 7 years. After the military he worked on vehicles of all types and was a long haul driver. In 2002 health concerns forced him to retire. In 2009 he met his love Pat Hardee. He was quickly adopted by the Kure Beach Community. He became the “Island Handy Man.” He loved his Jack Mackerels and race pool family. He would spend his days in the garage tinkering with Gary Teague (Julie). He always had his side kick Harley (his rescue Chihuahua) by his side.

He is survived by his wife Pat Hardee, 3 children, Andrew Hamp Hardee III (Stephanie), Shiloh Ann Ferguson (Gary), and his “baby” Rebecca Leigh Black (James). 3 grandchildren – Michael Daniel Moseley (15), Eva Elizabeth Hardee (3) and Hampton James Black (2) plus all of Pat’s children and grandchildren. He is also survived by 3 sisters, 1 brother and a lot of nieces and nephews who loved him dearly. He was preceded in death by his parents and a sister, Ruth.