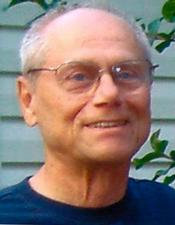 He was born in Stamford, Connecticut and resided in Norwalk for over 20 years. He was a graduate of Stamford High and a former Navy Veteran. He was employed as a television technician for Rowayton Radio and TV and Aitoros Appliances for many years before relocating to San Diego, CA; Round Lake, IL; and finally Wilmington, NC. He was passionate about photography, music, and his canine friends, Rosoe and Shadow.

He was preceded in death by his parents John and Mary Pellicciari.

A graveside service will be held at Oleander Memorial Gardens Mausoleum Chapel, in Wilmington on Tuesday, February 7 at 11 am.