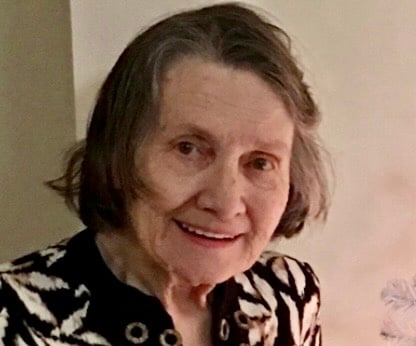 Anita Alice Bowling, 88, of Wilmington, NC passed from this life on Saturday, June 18, 2022, at the Lower Cape Fear LifeCare.

Anita was born on January 7, 1934, in Rockland, ME.  She graduated from the University of Connecticut in 1955.  Anita retired from a career in Social Work for the State of Connecticut.  She was an animal lover, arts & crafts enthusiast, and avid gardener.  Anita will be remembered for her quick wit and great sense of humor.

She was preceded in death by her parents: Gladys Othella (Stocksdale) and Dewey William Bowling and brother-in-law: RADM Kenneth G. Wiman.

Anita is survived by her sister Virginia Wiman of Wilmington, NC, by her nephews: Stephen Wiman (Stephanie), Keith Wiman (Nilda), and Carl Wiman (Linda), her nieces Gail Teibel (Mitch) and Susan Essid (Chris) and her many grandnieces and grandnephew.  Anita will be missed by many. A special thank you, to everyone at the Lower Cape Fear Hospice for their compassionate care and kindness.

There are no services planned. Her remains were cremated and will be spread in New London, CT near the family home where she grew up.