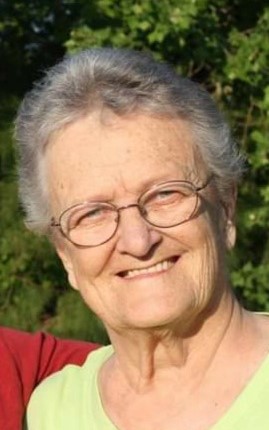 On June 16, 1956, she married Donald Edmund Bourgeois in Bennington, VT. They lived in Bennington, VT, somewhere in NH, then White River, VT, then Rutland, VT, until moving to Leland, NC in 2000. In Rutland, VT, Anita worked as an administrative assistant (“secretary”) at the Rutland Hospital. She and Donald also had small businesses throughout their marriage such as deer processing, and upholstery services. Anita was a talented seamstress, needlepoint and made the best Sunday dinners. Her home was always open to guests including the furry kind. She was affectionally known as “Mrs. B” to many. Her first language was French, and she continued to speak her native language with friends and family.

A very warm and welcoming person, her house was filled with love, laughter and openness.

Donations in lieu of flowers may be sent to Catherine Bourgeois to cover her medical and hospital expenses. Please private message her for the contact information.