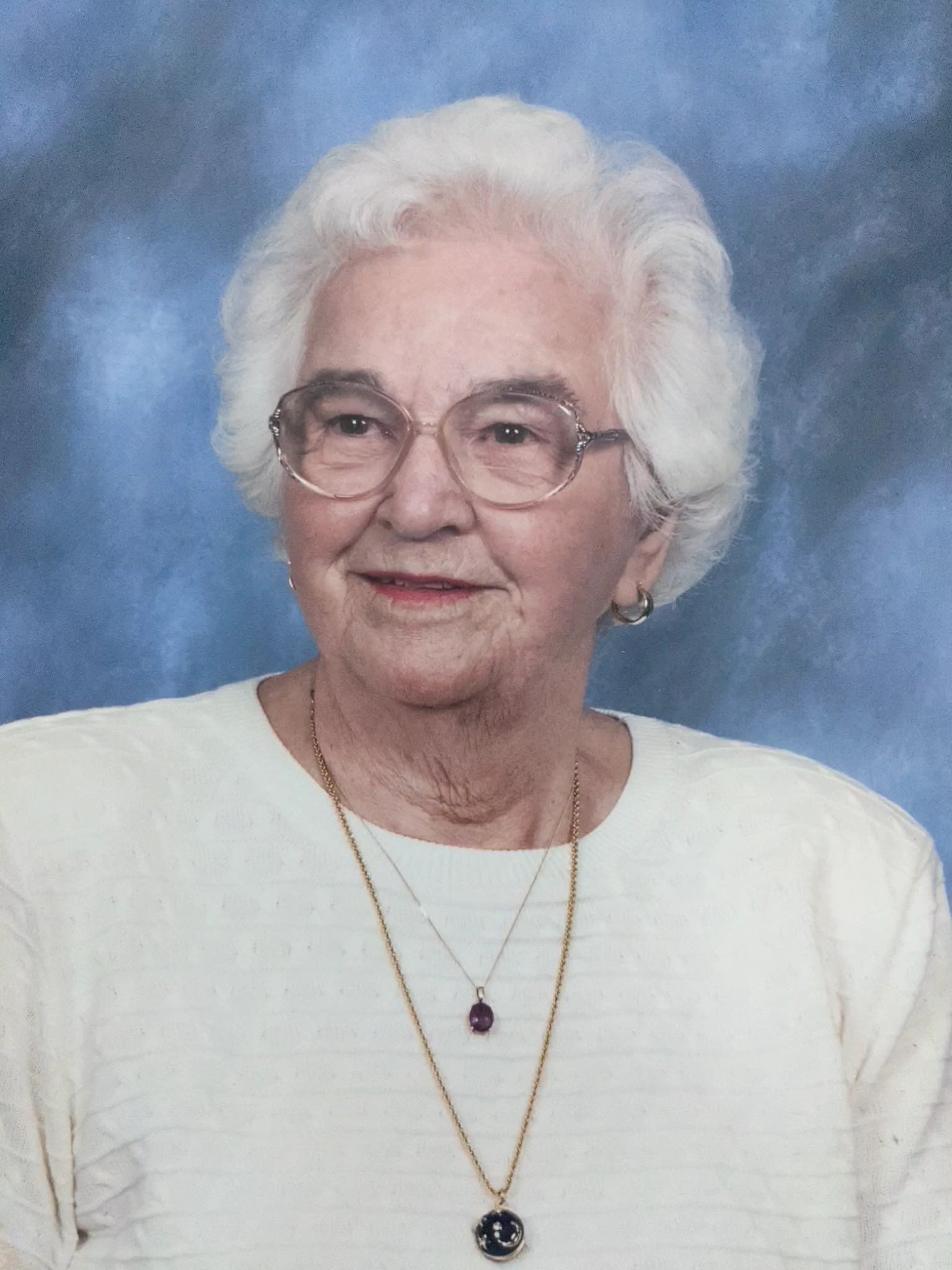 Anna Catherine Sledge Stinson, 102, of Wilmington, passed away April 18, 2022 at Bradley
Creek Health Center at Carolina Bay. She was sleeping peacefully, and had been surrounded
by family who loved her dearly. There is much to be celebrated as Anna lived a long,
productive and very fulfilling life.

Anna was born in Meridian, Mississippi to Thelma Pigford and Reuben Lindsay Sledge. She
grew up with a large extended family of cousins, aunts, uncles and grandparents. She
graduated from the University of Mississippi (Ole Miss). During World War II, Anna worked for
the Army Air Corps at Key Field in Meridian, Mississippi She met and married the love of her
life, Frederick Stinson, who was an Army Air Corps Officer. Anna embarked on the
adventures of being a military wife with lots of stories to share.

Anna and Fred had four children. Anna loved them dearly and was thrilled to become a
grandmother and then a great grandmother. She was always thrilled to see and hold the new
babies in the family. Anna was known to be a great cook and loved to entertain, she was a
talented seamstress, and a diehard bridge player.

Anna and her husband Fred, who predeceased her in 1999, were married for 55 years. They
enjoyed many years of world travel before and after retirement. Anna recorded many of those
trips in several notebooks. She was always up for going to a new place.

At the age of 81 after the death of her husband she moved to Wilmington, NC to be close to
family. She enjoyed many years at Brightmore Retirement Community. She was especially
happy when her sister joined her at Brightmore where they both enjoyed many friends and
activities.

A celebration of Anna’s life will be held at a later date. She will be laid to rest at Arlington
National Cemetery beside her husband Frederick Stinson.

The family would like to thank the wonderful staff at Bradley Creek Health Center and the staff
of Lower Cape Fear Hospice for their compassionate care of Anna during her final years.