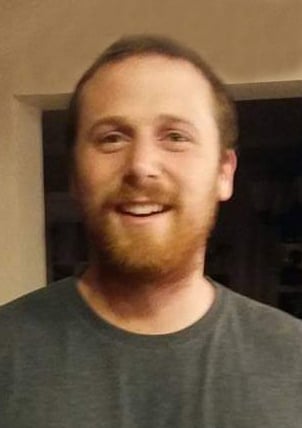 He was born in Wilmington, NC on July 23, 1991, the son of Anthony Carl Corbett and Lisa McLamb Corbett.

He was Baptized at St. Stanislaus Catholic Church in 1991, the godson of Bryan Bianco and Patricia Shemo.

He is survived by his mother Lisa Nevarez of Wilmington, NC; sisters Elisa Nevarez of Rocky Point, NC and Savanna Corbett of Harrells, NC and a wonderful step-dad Larry Nevarez of Rocky Point, NC. Adam is also survived by his grandparents Dominic and Lessie Bianco of Castle Hayne, NC and grandmother Lydia Brewer; uncle Danny and aunt Patty of Leland, NC, aunt Linda Bradshaw and uncle Gene of Clinton, NC, uncle Rodney McLamb and his wife Michelle of Castle Hayne and uncle Bryan Bianco and his wife Mendy of Burgaw, NC; many cousins and special friends Jose Macias, Will Brown, Jeremy Flores and Robby Owens.

Adam served his country for five years with honor and distinction as an Aviation Boatswain’s Mate-3, in the United States Navy. During his enlistment he was deployed for nine months aboard the Wasp-class Amphibious Assault Ship, USS Essex. After he was discharged he worked for Skipper’s Well Drilling Service and was attending Cape Fear Community College, where he was to graduate this semester.

Adam loved his family, friends, fishing, disc golf, corn-hole and especially his dog “Niko”. He was a loyal son, brother, grandson, nephew, cousin and friend. He will be sorely missed by all who knew him. Until we meet again in Heaven.

In lieu of flowers memorials made to his family at 104 Michael Drive, Castle Hayne, NC 28429, in loving memory of Adam, would be greatly appreciated.

The family will gather at a visitation on Sunday from 2:00pm till 3:00pm at the Wilmington Funeral Chapel. A funeral service will follow at 3:00pm. Friends may call or visit at other times at Memaw and Pop’s home.