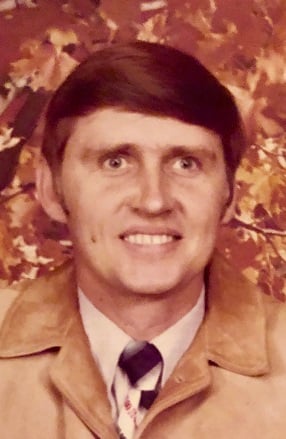 Anthony (Tony) Paul Hubis, Jr., age 82, of Wilmington, North Carolina, passed away peacefully with his wife by his side on Monday, September 7, 2020 at New Hanover Regional Medical Center.

Tony, born in Darby, PA, was preceded in death by his parents Anthony Paul Hubis, Sr. and Tina Mongrandi Hubis. He leaves behind his loving wife, Frances Harrelson Hubis, of Wilmington. They were married for 61 happy years. Together they raised 3 daughters, Patti Hubis Raynor of Wilmington, Renee Hubis Macklen of Myrtle Beach and Toni Hubis Schmidt (Mike Schmidt) of Senoia, GA. Tony’s life was enriched by his five grandchildren, Elizabeth Macklen, Mikol Schmidt, April Raynor Hernandez (Ralph Hernandez), Lauren Schmidt and Bradley Raynor; and four great grandchildren, Cayden Macklen, Xavier Hernandez, Banks Roberson and Evan Hernandez. He also leaves behind a loyal younger brother, Lawrence W. Hubis “Larry” (Jane Hubis) of Florence, SC. A family, like branches on a tree, our lives may grow in different directions yet our roots remain as one.

A beloved son, husband, father, brother, grandfather and great grandfather, Tony lived life to the fullest, never met a stranger, and was a giving man to his friends and family. Riding his tractor, fishing, golfing, tinkering on various projects, and square dancing were some of his favorite activities. He loved music and learned to play the accordion, organ, and the guitar. His family relishes the memories of him playing for them. In addition to his musical talent, Tony included his daughters in many of his other favorite activities. He was strong willed, outspoken, a provider and protector, who stood unwavering for what he believed in. His relationship with his parents, and his brother Larry, had such an impact on him. These positive bonds helped shape the lives of his wife and children, who are forever grateful. One of Tony’s greatest accomplishments was serving as a paratrooper in the army, which brought him to North Carolina where he met his wife. He often spoke of his fond memories and of the camaraderie he felt there.

“There’s no way around grief and loss: you can dodge it all you want, but sooner or later you just have to go into it, through it, and hopefully come out the other side. The world you find there will never be the same as the world you left.” – Johnny Cash

Due to COVID19 and social distancing restrictions, a service will not be held. In lieu of flowers, the family would appreciate a charitable contribution to the Fisher Center for Alzheimer’s Research Foundation, or the charity of your choice.