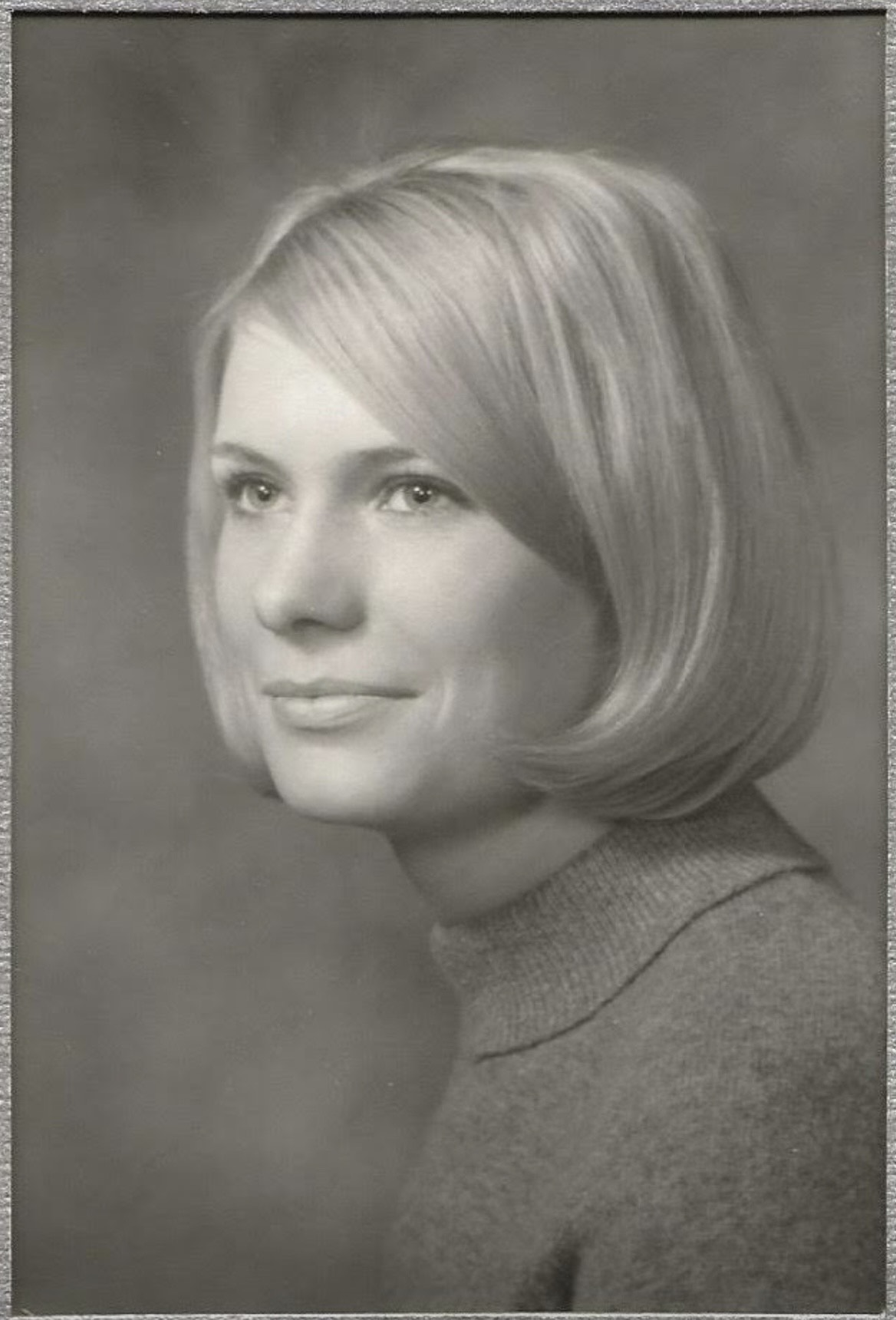 April took her last peaceful breath on this earth on March 2, 2021.
She was born April 9, 1948 to the late William and Virginia Heid.

A teacher by trade, she believed in the importance of investing in education.
She studied at Westminster College and Indiana University. Post graduation, she started working as a teacher and then in a day care center, when her son Zak was born.

April hit her stride when she started working in the Nordonia Hills School where she inspired the next generation. She also had a home away from home supporting at a Brandywine / Boston Mills Ski Resorts where she left a lasting impression as the “Mama Bear” for 100’s of ski instructors. An avid reader, April loved the English language and continued to imprint the importance of a vast vocabulary. She was a great listener and was known to frequently state: “You have two ears and one mouth for a reason.” April’s great passion was to learn and she remained a student in the classroom of Life. She served as a role model, teaching in the Nordonia Hills community for 25 years until her retirement in 2011.

Traveling was another great love. She spent summers with her family road tripping across the United States exploring small towns and historical sights listening to John Denver and Neil Diamond as loud as possible. April loved adventures and was the first one to hit the slopes, enjoy horseback riding and swimming or book a spontaneous trip. After a tragic fall, spinal injury and subsequent strokes left her wheelchair bound, she continued to explore the world around her. Island adventures, swimming with dolphins, and the occasional cruise, she was never bound by her physical disability. Her dream of an idyllic retirement came true when she packed up her belongings and relocated from Cleveland, Ohio to the seaside town of Southport, North Carolina. Surrounded by friends old and new she found her perfect town. April always made friends everywhere she went. Her sunny disposition, positive attitude, charisma and good humor made for instant connection. Self described as aloof, those that spent five minutes in her presence knew that they made a friend for a lifetime. Community was important to April, she always stated that “It takes a village” and every new person who met her; be it at a friends gathering, church, doctors office, or emergency care workers immediately joined her village. The act of contributing to others was equally important to her. Many days she would be seen riding her wheelchair in the rain to Dosher Memorial Hospital where she volunteered as a receptionist. As a frequent patient herself, she understood the importance of a warm, friendly face.

Her life motto was “Some days you teach and some days you character build.”
She was definitely a character! Her quirkiness was evident in her love for funny hats and vast array of frog ornaments. Her larger than life character, even manifested in her iconic bright green VW bug. As an only child and divorcee, April was fiercely independent. Equipped with her wheelchair, she loved nothing more than to explore the quaint stores, picking up treasures made from local artisans. April was known for her vast jewelry collection, with pieces she picked up on her travels that matched her eclectic personality. She enjoyed art and frequently volunteered at art fairs. April loved to laugh and spend time with her friends. Mondays nights she’d pop into The Pub in Southport to hang with lifelong friends Rick and Linda. Fond of her Jim Beam and water, and good bites she’d support local establishments like Provisions, American Fish Company and Loco Joes. She enjoyed wine and loved popping into Silver Coast Winery and Southport Cheese Shop to collect local cheeses, spreads and interesting jams. Sundays were spent watching her beloved Cleveland Browns.
You can take the girl out of Ohio, but she will remain a supporter of Believeland.

April was determined. Once she set her mind to something she would move mountains to accomplish her goal. After a stroke impaired her mobility she trained for months to be able to walk her son down the aisle at his wedding. Safe to safe, there was not a dry eye in the audience as she braved those heroic steps. One of the best wedding memories was watching April dance with her son Zak to their song, Bette Midler’s “Wind beneath my wings.” April achieved many things and impacted lots of people but her greatest pride and joy was her son Zak. Both only children, they remained a tight family unit until the end. Frequently talking several times a day, reminiscing about past memories and insider jokes. Even on the hard days, they loved each other fiercely. When Zak married Cecile, she referred to them both as her children. Her dream of becoming a grandmother came true and she lit up when holding Kiyan, her grandson. Her capacity to love continued to expand even when life kept throwing her curve balls. Having faced several setbacks from countless falls, strokes, surgeries and illness, she remained optimistic, kind and light hearted. In her final days at Cypress Pointe, she is fondly remembered by the nurses for her sense of humor and loveable nature.

A carefree spirit, she used every opportunity to live life on her own terms.
From her quirky voicemail “Who knows where I am or what I’m doing, but I’m not able to answer the phone right now… leave a message” to her Thanksgiving tradition of calling with “Gobble Gobble” turkey sounds, she will be sorely missed by many. Our only solace knowing that she is now pain free and her soul is “Walking on Sunshine” in Heaven.

Left to cherish her loving memory is her son, Zak Siddons and Cecile Raubenheimer and grandson; Kiyan Siddons. The Raubenheimer family, York family and countless friends and loved ones.

Per her final wishes there are currently no services pending for April.

In lieu of flowers, a contribution to the Lenibug Foundation in her memory would be appreciated
Please share memories and condolences with the family by clicking on the “Post a Condolence” tab below.