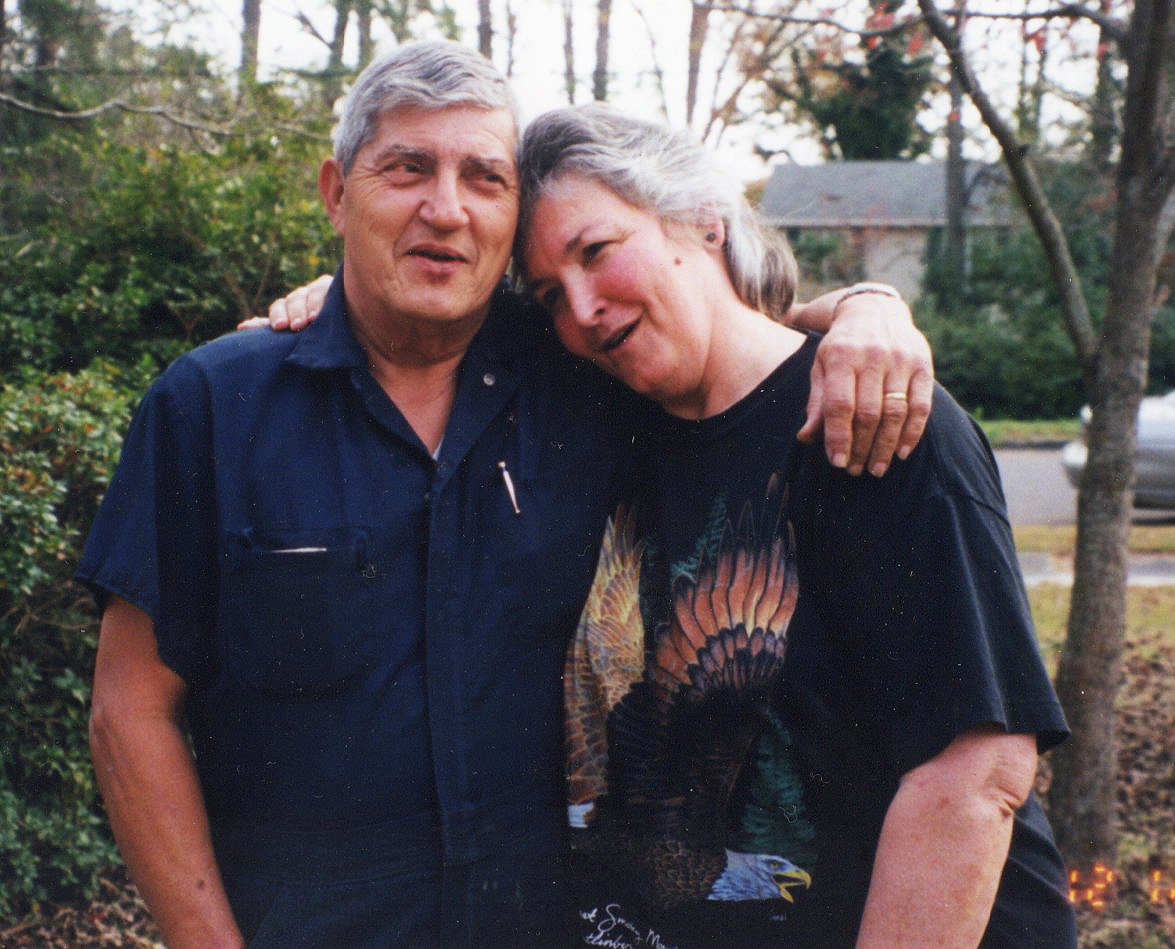 At 11:10 am, on a cold and rainy Tuesday four days before Christmas in 2022, Arlene Collins Fryar departed this life, much the sorrow of those of us left behind. She was a good and loving wife, mother, sister, aunt, and friend whose love of family was her most lasting legacy. Arlene was a native of South Carolina, the oldest daughter of George Cleaveland Collins and Alma Johnson Collins. She is survived by two sons, Jack Fryar Jr. and George Dean Fryar, two daughters in law, three grandchildren, three great grandchildren, and a host of brothers, sisters, and extended family in North and South Carolina.

As part of a large family of tenant farmers, she moved around Horry County for much of her early years until moving to Wilmington in her late teens and securing a job at the old Jarman’s Pharmacy on the corner of Market and Sixteenth Streets, just down from New Hanover High School. It was there that a young man with an abundance of confidence met her at the soda fountain and asked her out. She finally relented, but second guessed her judgement when the fellow, Jack Fryar Sr., told her on that first date that he was going to marry her. But instead of it becoming an episode of Dateline, the boy was true to his word. They shared a marriage that lasted forty-seven years – sixty-two, if you consider that she never entertained the idea of dating again, and died still in love with the man she pledged herself to at Calvary Baptist Church in May of 1960.

Arlene stayed married to the same man in the same house for all of her adult life, and was there to kiss his brow when cancer took him in 2007. She raised three sons and buried one of them in 1993. She was a surrogate mother and grandmother to countless people, and the calm, even-keeled voice when our lives got stormy. Arlene Fryar was a fierce defender of her family, able to stand up for them even while acknowledging and holding them accountable when they were in the wrong. She loved unconditionally.

She spent most of her working life as a phlebotomist at New Hanover Hospital and retired from there a while ago now. She was the best they had, able to find a vein when no one else could. When doctors needed their own blood drawn, it was mom they sent for because she was accurate and painless with a needle. Of course, all of this was in the future when, after getting the job, she came home wanting to type all of our blood. I remember sitting with my arm outstretched, a tourniquet around our young arms as her needle inched closer to our veins, thinking to ourselves how we could have been MUCH better sons. To our relief and surprise, she didn’t miss and it was pretty much painless. That’s about the best compliment you can pay to someone who draws human blood for a living.

She was adventurous, funny, beautiful, and smart. She loved to dance, to listen to old rock n’ roll while she cleaned house, and was addicted to Facebook (their stock will likely take a hit now that she is no longer there to lurk to keep up with her family and friends, and make the occasional post). She loved to cook for her family, and the Cuban Sandwiches she made for us on special occasions were something to behold.

Arlene was a good friend, still close to a handful of people she has known for more than four decades. She expanded her sons’ worldview by actively participating in things like Scouting as a chaperone and den mother, camping, hiking, and roughing it right alongside the young boys of her sons’ troops.

In short, Arlene Collins Fryar was as good a woman as God ever put on this Earth. Whatever good is in her sons is a direct result of the things she taught us, the faith she tried to instill in us, and the love she freely shared with us. For those who knew and loved her, cancer has cost us yet another beautiful soul who we will miss for the rest of our lives. But oh, what a gift she was while we had her!