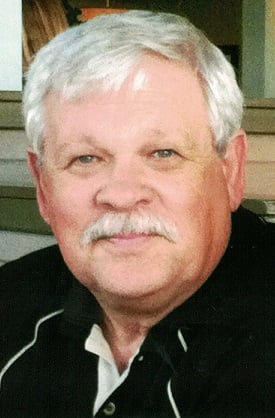 Art was born in Leaksville, Virginia on December 12, 1946, the middle child to the late Carl Duckett and Jane Law Duckett. He went to join in heaven his mother Jane Duckett, his sister Ellie Duckett, his brother Ernie Duckett, and his niece Tami Duckett.

He leaves behind his forever loving and dedicated wife of 40 years, Deb, and adoring daughter Hilary. He is also survived by his sister-in-law and brother-in-law Sharon and Bob McKeown, sister-in-law Margaret Duckett, nephews Carl Duckett II (Kasi), Brandon McKeown, niece Shannon Duckett Jenkins (Todd), great nieces Riley, Ansley, Claire and Caeli, as well as his in-laws Jim and Pat Butler. They will cherish their lifetime of special memories of Art.

Art was one of God’s helpers on earth. He always found ways to help others. He and Deb were key players in the continuing development of the NHC Special Olympics program, volunteering with Camp Shriver, which is a dynamic program where the campers fill their summer with unique camp experiences they will always remember. He was such a great supporter at all NHC Special Olympics events, including the Polar Plunge every February, the sole fundraising event for the organization. Art was a member of Pine Valley United Methodist Church, where he became the go-to computer expert. He developed the capability of the church to arrive in the current century with a comprehensive computer set up. People would bring Art their wounded computers to refurbish and pass on to others. He was a great supporter of Sundays’ contemporary Bridge service with the projection team. He loved serving the Lord.

His life was an example to others, always with a smile and contagious enthusiasm. He accepted this mission with unending energy and enthusiasm, no matter the sweat pouring from his brow. He demonstrated this love in every aspect of his life, whether it was smoking a pork butt on his barbeque for his large extended family, making Christmas day dinners, helping family and friends in whatever they needed, and being a Servant of God in his church, which he loved.

Art graduated from James Madison High School in Vienna, Virginia in 1965. He tried a year at college but decided he would be better prepared for life by joining the US Army. He served in Viet Nam from 1968-69, where he was a Sergeant with the US Army’s 81st Airborne. He then joined the CIA, where he had a distinguished career. When he retired in 2003, he moved to Wilmington, NC with his family, where he found great happiness and peace.

His family will celebrate his life at Pine Valley United Methodist Church, Wilmington on Friday, October 5, 2018 at 11:00 AM. A reception will follow. His inurnment with full military honors will take place on Tuesday, October 9, 2018 at 2:00 PM at Western Carolina State Veterans Cemetery, 962 Old US 70 Hwy, Black Mountain, NC 28711.

The family requests no flowers. Contributions in Art’s name should be made to NHC Special Olympics, Lower Cape Fear Hospice, or Pine Valley United Methodist Church.

Art wanted to make sure that those who have helped him on this journey knew how special they were to him. Those included Dr. Kenneth Kotz, Dr. Mark Harris, and Dr. Jessica Burkett and all their staff, who took such loving care of him. He also wanted to thank the nurses and staff of New Hanover Regional Medical Center, who always welcomed him back with a joke, a hug and the best of care. The staff of Lower Cape Fear Hospice cared for Art through Hurricane Florence with great love and concern, even when Deb couldn’t be there. These people, and especially Nurse Diane, all made Art’s final journey immeasurably easier.