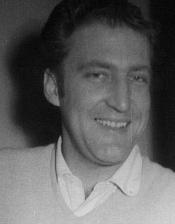 He lived on and around New York City until he was seven and then moved to be with his grandparents on a truck farm in southeastern Pennsylvania near Reading. At age seventeen he enlisted in the US Air force and served from 1948 until 1954, achieving the rank of Staff Sgt. With a wife and young child he enrolled in the University of Texas at Austin and received a BBA, MBA, and Ph.d in Business Administration. His full-time college and university teaching career began at Arlington State College, Arlington, Texas. Followed by a 14 year teaching period at the University of Florida, Gainesville Florida; next came teaching at the University of Nebraska at Lincoln; East Carolina University, Greenville, North Carolina; University of North Carolina at Wilmington, Wilmington, North Carolina; De Montford University, Leicester, England; and he finished with a part time teaching position at Mount Olive College extensions in North Carolina. Arvid retired from full-time teaching in 1995 from UNC Wilmington and he received the title of Professor Emeritus.

During his 38 year period of teaching he taught courses in marketing, retailing, physical distribution, international marketing, economics, statistics and resources to undergraduate, MBA and Ph.D students totaling about 12,000 in total. All of which was a rewarding experience. The most outstanding and significant person in his life was his wife, soul-mate, unconditional friend and love, the beautiful and talented Patricia Ann. He gave her the nickname “The El Paso Kid” – the place of her birth. Their children were the center of their lives as the four of them provided Pat and Arvid with awesome and memorable experiences on a continuous basis. Late in life Arvid took up sailing small boats, which was enjoyable, and throughout his life he maintained an above average interest in politics and sports of all kinds.

Arvid’s remains have been accepted by the East Carolina Medical School, Greenville, North Carolina to be used in furthering the educational function of the school.

A memorial service will be held at the Unitarian Universalist Fellowship at a time to be announced.