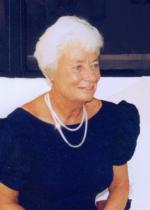 Barbara E. Byrnes, 81 of Wilmington passed away on Sunday, April 25, 2010. Barbara was the daughter of John and Elizabeth Egan of Tarrytown, New York. Two sisters, Dorothy Nelson and Rosemary Egan, preceded her in death.

Barbara worked at General Motors in Tarrytown, New York, and then had a career with the Mount Pleasant School District in Thornwood, New York, until she retired and moved to Wilmington in 1987.

She enjoyed golfing at The Cape; gardening; had a passion for all animals and the beach. Barbara’s pride was in her family and she wanted the best for all her children.

A funeral service will be held on May 11, 2010 at 10 A.M. at Immaculate Conception Church. Her final resting place will be in Sleepy Hollow Cemetery in Tarrytown, New York.