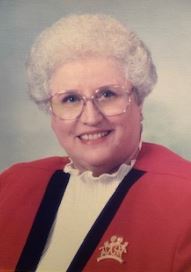 Barbara Jo Lineberger, age 82, died on July 17, 2021 at NHRMC in Wilmington, NC. Born in Lincolnton, NC, to the late Webb and Grace Lineberger, she was predeceased by her sister and brother-in-law, Carolyn and JC Rudisill, another brother-in-law, Bob Buff, and a nephew, Timothy Rudisill. She is survived by her sister, Linda Buff, a niece, Penny Ford (David), nephews Mark Rudisill (Corie) and Alan Buff (Sue Ellen), two great-nieces Chelsea Schmitt and Matisen Rudisill and three great-nephews Wes Ford, Adam Ford and Justin Ford, all of Lincolnton, NC.

“Bobbie Jo” grew up in Lincolnton in a loving family and was active in the First Baptist Church. She graduated from Lincolnton High School and Guilford College. In 1978 she earned a Master of Social Work degree from UNC Chapel Hill. She taught in public schools in Virginia, Lincolnton, and Wilmington before beginning her ¬¬40-year career with the YWCA.

Bobbie Jo worked as a program director for the YWCA Lower Cape Fear in Wilmington, NC before becoming the executive director, a position she held for 17 years. She was also elected to several national YWCA offices. She was one of the “founding mothers” of the local Domestic Violence Shelter/Services, spearheaded the creation of a Women’s Resource Center, and promoted YWCA child care programs, including the area’s first organized after-school care, with scholarships to encourage inclusivity. A dedicated supporter of the National YWCA’s mission to eliminate racism and empower women, she addressed this by helping develop and expand outreach through programs such as a Racial Justice Committee, a community-wide interracial dialogue series, and women’s investment clubs and job skills training. Finally, she was sensitive to the YWCA’s need to respond to some service gaps in a four-county area and worked with pertinent community partners to create and offer programs for the betterment of families.

In 1998 Bobbie Jo received the YWCA’s Lifetime Achievement Award. That same year North Carolina Governor James B. Hunt presented her with the prestigious Order of the Long Leaf Pine.

Her creativity was especially appreciated in her work with children, evident during summer camps when she introduced them to puppetry and “The Tajar Tales”, by Jane Shaw Ward. She made scholarships available for children who could not afford camp fees. Throughout her life of service, she mentored many women. After retiring, she still supported YWCA programs and continued to be an active, faithful member of the First Baptist Church of Wilmington, particularly in the choir and in Merry Martha Sunday School class. She loved traveling and treasured her relationships with family and friends.

A Celebration of Life is scheduled for 2:00 pm on Friday, August 6 at First Baptist Church, 411 Market Street, Wilmington, NC.