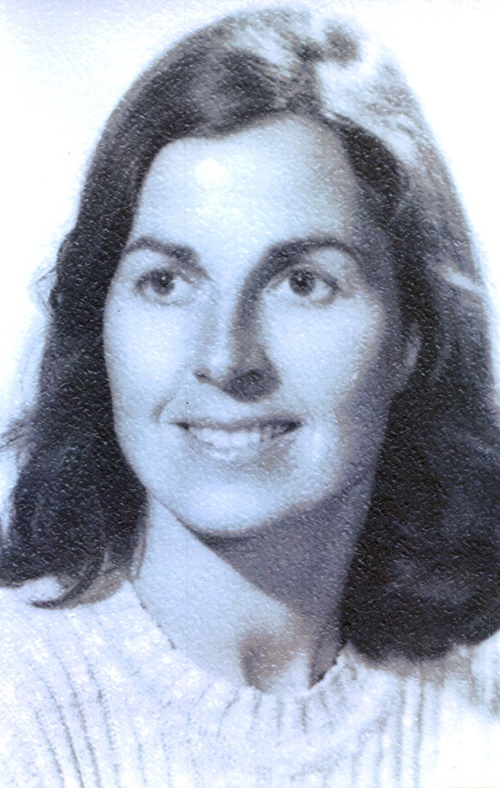 Bea Bacon was born in Paris in 1931. Her parents worked in the movie industry: her French father as a cameraman and her Irish mother as a well-known writer of silent films who wrote under the pen name of Mary Murillo.

When the Nazis invaded Paris, Bea’s mother was initially apprehended, but she was able to escape and took her two daughters to the south of France, where they crossed the Pyrenees Mountains and caught one of the last boats to England. Sadly, Bea’s mother died of breast cancer during the war. Bea and her sister spent most of their time in England living in convents or boarding schools only occasionally visiting their mother’s sisters.

After the war, Bea returned to Paris and lived with her father and sister. In 1953, she met an American GI, and she subsequently moved with him to the United States where she had two sons: Christopher and John. Bea’s first husband became a spy for the CIA and moved the family to Mexico City, Mexico and later to Casablanca, Morocco.

In 1973, while living in Casablanca, Bea discovered that her husband had been unfaithful to her while claiming to be out on missions for his job. Feeling betrayed, Bea left her husband and her household belongings, and moved back to Mexico City with her two teenage sons, where they lived for the next years in two rooms in a boarding house. In order to support her family, Bea became a teacher and started teaching French and English at the elementary, high school and college levels. She excelled as a teacher and was loved by her students and admired by parents.

In the late 1970’s, Bea moved to Cuernavaca, Mexico, where she worked as the personal secretary to Tamara de Lempika, the famous and eccentric art deco artist. The experience was a trying one since the aging “Baroness” (as Lempika insisted on being called) could be unreasonably demanding. However, Bea made the best of the experience and enjoyed many of the creative people that she met through Tamara. After a year, however, Bea decided that she had had enough and she returned to Mexico City, where she began working as a governess for a French family with two wonderful children that continued to keep in touch with her for the next thirty years. (Bea visited them in Paris when she was nearly eighty).

In 1987, Bea decided to move back to the United States in order to be closer to her two sons. She moved to Hartford, Connecticut, where she met Robert Lowney, the love of her life. Bea continued to teach French and Spanish and also enjoyed spending time with her three grandchildren and many great-grandchildren.

Bea was a natural athlete and a very good tennis player, which she played well into her seventies. She also enjoyed playing bridge. Most of all Bea loved learning new things and meeting new people. She took classes in art, painting, history and literature throughout her life and she made good friends in every place that she lived.