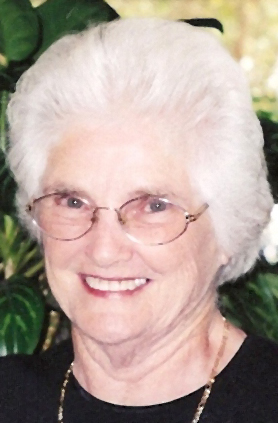 She was born in Columbus County to the late Samuel K. and Florence Collins Caines.  She was married to the late Powell G. Merrill who died in 2000 after 55 years of marriage.  She was also preceded in death by an infant son, as well as two brothers and five sisters.

Bernice retired from the Buncombe County School System, having served as a teacher’s aide at Leicester Elementary School where she was lovingly known as the “Champion Tooth Puller” of Leicester.  She literally pulled hundreds of teeth beginning with her own children. The word soon spread throughout that when Mrs. Merrill pulled your tooth it did not hurt. Pre-schoolers whose loose tooth would not wait for enrollment would come to school for Mrs. Merrill to work her gentle extraction. One year during Christmas vacation a mother with her child in tow knocked at her door requesting last rites on his wiggly tooth.  BUT no tooth was pulled before its time.  Upon parental request she continued this art into her 80’s.

Bernice was a faithful Christian who never missed kneeling beside her bed each night for a prayer to her Lord.  She was a member of Turkey Creek Baptist Church in Leicester.  After retiring she & Powell relocated from Leicester to the Wilmington area to be near her family.

The family extends their sincere appreciation to Jen McCloud and team at Champions Assisted Living, The Memory Care Wing in addition to Lower Cape Fear Hospice Life Care Center for their kind and loving care of our Mother.

The funeral service will be held at 2:00 on Saturday, September 17th at Red Hill Pentecostal Church, 1198 Byrdville-Freeman Road, Delco, NC 28436. The family will receive friends prior to the service from 1-2:00.  Following the service, interment will be in the Caines Family Cemetery.  The Reverend Calvin Malpass will officiate.

The family will gather at the home of Sammy and Arrie Caines 4823 Northwest Road, Leland, NC.

In lieu of flowers donations can be made to the Lower Cape Fear Hospice Life Care Center by visiting www.tmcfunding.com or to the charity of your choice.