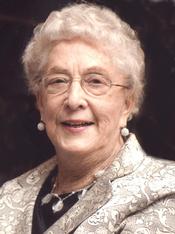 Beverly Joan Miller, 87, of Wilmington passed away August 20, 2012 at her home. Beverly was born July 26, 1925 in Marysville, California to the late James Samuel and Flora Belle (Carmichael) Haines. She is also preceded in death by two sisters, Bette Stone and Norma Ross. She grew up in Hayward, California. After World War II, she met Orville Miller in San Francisco and they were married December 8, 1946.

A memorial service will be held at 11:30 am, Friday, August 24, 2012 at the Chapel at the Lakeshore Commons Residence, 1402 Hospital Plaza Drive, Wilmington, NC.

In lieu of flowers, memorials may be made to Lower Cape Fear Hospice, 1414 Physicians Drive, Wilmington, NC 28401.