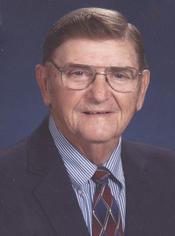 Billy “Bill” Jordan age 79, of Wilmington passed away on Thursday, September 5, 2013 with his family by his side.

Bill was born in Tabor City, NC on May 20, 1934 to the late John Pross Jordan and Lizzie Gore Jordan.
He was also preceded in death by sisters, Pauline Halloran and Maggie Jordan; brothers, Ralph Jordan and Ted Jordan.

In 1980 he came home and worked at Federal Paper until retiring in 1996.
During retirement he loved his wood working, gardening,
fishing & oystering with his family and friends. Bill was a longtime member of Long Leaf Baptist Church. He was a member of the Theodore Roosevelt Masonic Lodge in Green Bay, WI and a 32nd degree Scottish Rite Mason and a member of Alhambra Shriners in Chattanooga,TN.

Visitation will be 1 hour prior to the service at the church.

In lieu of flowers , the family asks that donations be made to Lower Cape Fear Hospice Foundation, 1406 Physicians Dr. Wilmington, NC 28401.