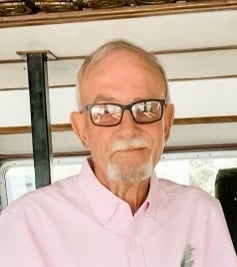 Billy R. Caffee, Sr.,  age 73 of Leland went to be with his Lord and Savior Friday, December 2, 2022 at Novant New Hanover Regional Medical Center surrounded by his family.

Billy “Tadpole” was born in Whiteville, NC on January 27, 1949, to the late Johnnie Caffee and Corrine Smith Mason.

Billy served in the US Army and was a proud Vietnam Veteran. It wasn’t long after his service he met the love of his life, Joyce Elaine Ward, they were married for 49 years before her passing on January 14, 2022. Together they had two children who survive him, Candace Smith (Neil Smith) and Ray Caffee (Brittany Caffee). Billy also had four sibling who he loved dearly; Linda Caffee, Ronnie Caffee (Lisa Caffee), Sharon McPherson; and a brother Richard Caffee who preceded him in death.

After his retirement, there was nothing he loved and enjoyed more than being called PaPa and watching his grandchildren play sports and dance. He is survived by his four grandchildren; Garrett Wolff, Beckett Caffee, Wyatt Caffee, and Merritt Caffee. Also survived by nieces, nephews and many friends.

A memorial service will be held 3 pm Wednesday, December 7, 2022 at Wilmington Funeral Chapel.

In lieu of flowers, the family is asking for you to donate to the American Red Cross and the American Cancer Society.