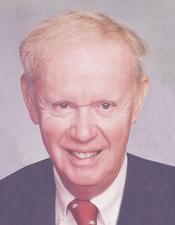 Brad was born on June 24, 1928 in Hartford, CT, the son of the late Raymond Henry MacNulty and Leontine Dickinson MacNulty.

Mr. MacNulty graduated from Westfield, MA High School in 1946, The University of Massachusetts in 1950 with a Bachelor of Science in Food Technology and in 1952 with a Masters Degree in Public Health. He served in the United States Navy and was a reserve officer in the U. S. Public Health Service.

From 1956 to 1966 he was employed by the Food Science and Engineering Division of the Naval Supply Research and Development Facility, Bayonne, New Jersey. During his years with the Navy, he served as head of the Field Operations Team, primarily responsible for Navy food equipment used both ashore and afloat. He also served as Food Specialist supervising and developing projects in food science and new feeding system concepts, including development of some of the food in the early space program. Highlights in the field of equipment development include a milk reconstituting and dispensing machine, a deep fat fryer for submarine use and some of the design criteria used in today’s convection ovens.

From 1966 to 1971 he served as Management Specialist for the School Food Service of the Child Nutrition Division, Director’s Staff (USDA) and from 1971 to 1974 he served the Agency as Branch Chief of the Facilities and Management Technology Branch and in 1974, Mr. MacNulty was appointed Manager of the Nonfood Assistance Program in the Child Nutrition Division (formerly School Lunch Division), Food and Nutrition Service Agency, USDA, Washington, DC.

After retirement, the MacNultys moved to St. Mary’s City, MD where he sold real estate. They moved to Wilmington in 1990. Mr. MacNulty was a talented piano and keyboard player. His hobbies included music, playing bridge and bird watching.

A memorial service will be held at Carolina Beach Presbyterian Church at 2 pm on Saturday, December 29, 2012.

PLease share memories and condolences with the family by clicking on the “Sign Guest Book” tab above.