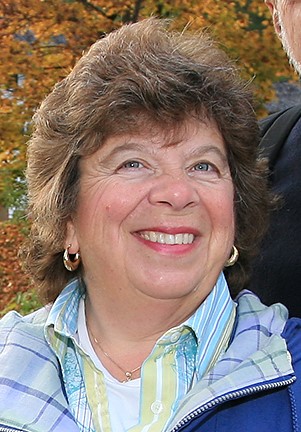 Camellia “Camille” (Triolo) Deasy, age 72, passed away peacefully, but far too early for all
whose lives she touched, on Wednesday, March 20, 2019 at New Hanover Regional Medical
Center after a brief battle with pancreatic cancer.

Camille was born March 10, 1947 in Staten Island, New York to Carmelo and Theresa Triolo.
Upon graduating from Port Richmond High School, Camille enrolled at the State University of
New York (SUNY) at Oneonta in 1964 where she met the love of her life and future husband,
Dennis Deasy. When she first met Dennis during her freshman year, she remarked to
friends that she was going to marry him, and for the next 54 years they were inseparable.
After earning her master’s degree from SUNY Stony Brook, Camille became a passionate
and tireless educator. She taught middle school English in the New York State public school
system and also at La Salle Military Academy where she eventually became the middle
school principal. Still, her focus was always on shaping and guiding young minds. So strong
was the bond she formed with her students that many kept in touch with her for the rest of
her life.

Having come from a large, extended Italian-American family, Camille always put her family
first, above even herself. She was a loving wife, a nurturing mother and grandmother, and a
devoted daughter and sister. Such was her dedication that she selflessly cared for her
parents for over 30 years after her mother suffered a debilitating stroke at age 49 and again
in their declining years until their deaths. Yet, somehow, she never neglected any of the
other relationships in her life; she just worked harder. And, she was so proud of her children
and grandchildren, fiercely supporting them in hard times and joyfully sharing in their
accomplishments.

Aside from her family, perhaps Camille’s greatest pleasure in life was traveling – always with
Dennis at her side – exploring and finding wonderful, out-of-the-way discoveries. Whether
they were driving cross-country, trekking through Europe, or taking in the fall foliage in New
England, she always wanted to see who and what was over the next horizon.
In all her pursuits, Camille’s energy was boundless, always moving, always creating. She
was a true renaissance woman and people would often remark at her endless talents and
drive. A supremely accomplished and prolific handcrafter, knitter and seamstress, she had
limitless creativity. Camille was an avid reader and a lifelong learner, and could talk to
anyone on seemingly any topic in an informed and thoughtful way always with her sense of
humor and unfailing warmth. She was a successful entrepreneur, an immaculate
homemaker, a terrific cook and a master gardener who demonstrated her true passion for life
in every endeavor.

Camille also possessed a most generous heart. She regularly worked at the local church
helping to collect, organize and distribute needed clothing and other items to the homeless.
She was always helping others and was an activist for many causes that were close to her
heart.

As an eternal optimist, Camille recently posted these words online:
“If you feel like you are losing everything, remember that trees lose their
leaves every year, and they still stand tall and wait for better days to come.”
Camille will always be dearly remembered by her husband Dennis Deasy, her children:
Christopher Deasy, Scott Deasy and Kimberly (Deasy) Rivera and grandchildren: Conor

Deasy, Sean Deasy, Margaret Deasy, Carley Rivera and Joshua Rivera, her brother Anthony
Triolo as well as numerous aunts, nieces, nephews and cousins.
A celebration of Camille’s life was held at her home on Saturday, March 23 2019. In lieu of
flowers, donations in her name can be made to the Sister Isaac Center at 412 Ann Street,
Wilmington, NC 28401 (website: http://thestmaryparish.org/st-marytileston-social-outreach/).