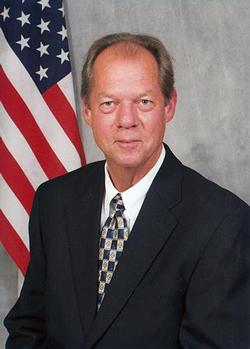 A celebration of life service will be held 7 pm Wednesday, January 14, 2015 at Wilmington Funeral Chapel.

Carl Blume was born June 27, 1952 in Anderson, SC and eventually settled down in Wilmington, NC.

As a young man, Carl was an Eagle Scout. He retired from Colonial Oil as a Marine Sales Manager in December of 2012 after many years in the oil industry. He was a member of the Wilmington Lodge 319 A.F. & A.M. and had been a Master Mason for twenty-two years, a 32nd degree Scottish Rite Mason, and a member of the Sudan Shriners.

He is survived by his beloved wife, Senie Deitz Blume, whom he married on November 30, 1973; his daughters: Chelse Nicole Blume and Sarah Aileen-Blume Mansi and her husband Tyler Mansi, and his dog Belle. He is also survived by his father, Boyce A Blume, his sisters Barbara Blume and Sandra Nunalee, and brother John Blume and wife Chris, along with a multitude of nieces, nephews, cousins, and friends.

He was preceded in death by his mother, Hazel Hall Blume.

He touched many lives at home and around the world, and as his final gift he donated tissue and organs to Carolina Donor Services.

Carl had a deep love for animals, so in lieu of flowers, please donate to PawsPlace.org, Soar-NC.org or the animal rescue of your choice.

“Happy trails to you”