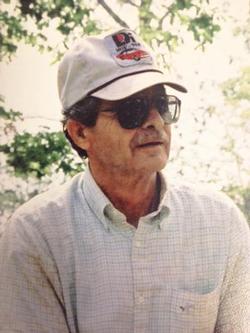 Carlton was an only child, born on June 23, 1936 and preceded in death by Sally Ruth Baker Shepard of Four Oaks NC and Daniel Clinton Shepard of Middle Sound NC.

Carlton was a loving husband, father, grandfather and friend. He was a quiet, gentle man of few words. He had an infectious laugh and a smile that would light up the room. He enjoyed the simple things life had to offer. He loved his dog Brennie, a pit-bull that was at his bedside until the end.

Carlton served in the United States Navy where he traveled across Europe; he chose a welding trade as his career path. After his Navy tour was over he worked as a welder in and around Wilmington NC for the Mundy Company, Hercules Power Company. After a career of 40+ years he retired from Liquid Dynamics Incorporated in Hampstead NC. After retiring, he built a business repairing small engines. He soon had enough business to keep him busy day in and day out, just from word of mouth referrals.

He enjoyed deer hunting with his son Carl and grandsons Austin and Devin. His CB handle was Big J and if he wasn’t hunting, then fishing and flounder gigging was the next best thing. He volunteered with Pender Adult Services delivering meals on wheels. He attended Middle Sound Advent Christian Church in Middle Sound NC until he moved with his wife and children to Hampstead NC and Blake’s Chapel Advent Christian Church in Sloop Point NC and Belfast Pentecostal Holiness Church in Goldsboro NC.

Carlton was an incredible husband, father, Grandfather and friend. He had a strong faith and he loved the lord. He was a brave man His family is saddened and will miss him terribly every day until we meet again.

The family will see friends from 6 to 8 pm Monday at Wilmington Funeral Chapel.

Funeral services will be 11 am Tuesday at Wilmington Funeral Chapel officiated by Rev. Randall Smith, with burial to follow in Prospect Cemetery.