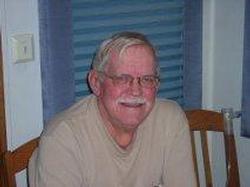 Chuck served in the military as a US Marine from 1957 to 1960. He was later employed with ARA Services at Ford Electronics in Connersville until Aramark Food Service transferred him to North Carolina in 1980. He retired from Aramark in 1986. He later drove a semi for Central Transport, which transported chemicals. He retired from that occupation in 2001.

He was a member of the Amvets and enjoyed being outdoors in his free time. He took pleasure in boating, camping, fishing and hunting. He was also very fond of his dog Buddy.

A small service was conducted on September 25 at the Village Road Memorial Chapel in Leland, NC. To sign the guestbook or to offer your personal condolences, please go to www.vrmcleland.com.