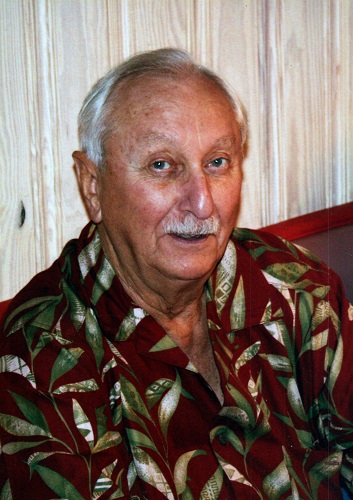 Charlie was born in Easton, PA on March 28, 1929 and grew up in Martinsburg, West Virginia.

He was a proud veteran of the US Navy serving aboard a submarine and was discharged in 1950. He was a recipient of the WW II Victory Medal. He had a long career with Corning Inc., where he started out in Martinsburg, WV as an electrician and was promoted to the Maintenance Dept in Bluffton, IN. He later transferred to Corning, NY to the  Furnace and Related Construction Division where he and Margaret traveled the world building and repairing plant sites. He retired in 1991.

He was preceded in death by his father, Charles Henry Small, grandparents Lula Bell and Carl James Small, and a son, Steve Small.

Charlie is survived by his wife of 35 years Margaret Johnson Small; daughter in-law Karen Small; grandchildren, Corey Small and Aaron Small; his adopted son, Mike Shannon; along with lots of other family and friends.

A memorial service will be held at a later time.

A special Thank-You to all of the staff on the 2nd Floor in the OPSU who treated us like family.  Especially Myra his Guardian Angel.  Also the staff that checked us in each week. Kyle and all the staff that took special care of Charlie in Radiology, and Steve, who knows why. Most of all a very special thanks to Dr. Todd Kornegay and staff for all of his special care and compassion during Charlie’s illness and all of the years before.

To honor the memory of Charlie a memorial gift can be made to Shriners Hospitals for Children, Sudan Shrine Center, 403 E. Front St., New Bern, NC 28560.