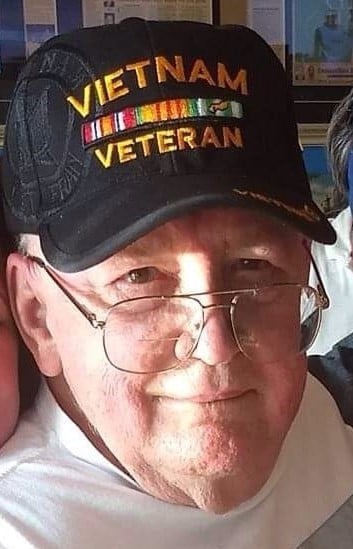 He was born on December 8th, 1933 in Wood County, West Virginia, the oldest son of the late Charles Fox and Margaret Fox.

Charlie served his country with honor and distinction for 26 years, working his way up from Private to Lieutenant Colonel and was a veteran of both the Korean and Vietnam Wars. He was awarded several medals of achievement including the Bronze Star, Vietnam Service Medal, Korean Service Medal, and the Legion of Merit.
Charlie was a former Eagle Scout, a member of Shriners International, and a Free Mason.
Charlie played basketball and ran track in high school and was on the rifle team in college. He had degrees from both West Virginia University and Syracuse University. He was a volunteer for Meals on Wheels and donated to multiple charities. He was a big baseball fan of all levels and attended the College World Series. He loved to spend time outdoors fishing and hunting, watching horse races, as well as going on cruises with Mary. His favorite song was “Desperado” by The Eagles.

He is survived by Mary Hedges of Carolina Beach, two children, Ann O’Neill of Lawrenceville, Georgia, and Mike Fox of Hampton, South Carolina, four grandchildren, Catherine and Colleen O’Neill of Lawrenceville, Georgia, Joshua Fox of Charlotte, North Carolina, and Tara Early of Durham, North Carolina, a brother Gene Fox and sister-in-law Kaye of Parkersburg, West Virginia, and a sister Joanne Benedict of Columbus, Ohio, and several nieces and nephews.
In addition to his parents, Charlie was preceded in death by his wife Norma Tallhamer-Fox.

He was loved and will be missed by family and numerous friends.

In recognition of his faithful and honorable service to his country, there will be a rendering of Full Military Honors to be held 9am, Monday, April 1, 2019 at Arlington National Cemetery, Arlington, Va.
In lieu of flowers, donations can be made to Wounded Warriors or the United Service Organization.