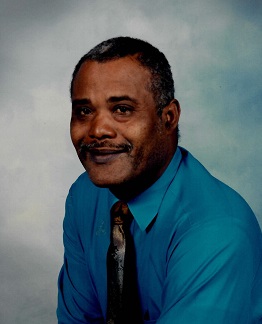 He was born in Gurdon, AR. on January 27, 1948 the son of James Willard Hawthorne and Fanny Mae Green Hawthorne.

Charles served his country with honor and distinction in the United States Army during the Vietnam War.

Together with his parents Charles was predeceased by his son Charles Hawthorne Jr, brother Willard Hawthorne and sister Rev Betty Jo (Hawthorne) Gulley

Charles is survived by his beloved wife Brenda (Merrow) Hawthorne, a grandson Charles Hawthorne III. He is also survived by his loving sisters and brother, Margaret Hampton of Fayetteville, Arkansas, Shirley Sims (Floyd) of Gurdon, Arkansas, and Rev. Jimmy Hawthorne (Joyce) of Broken Arrow, OK, uncle David Hawthorne (Ruth) of Arkadelphia Arkansas and daughter in law Shaquita (Martin) Hawthorne of Phoenix, Arizona., along with a host of nieces and nephews, cousins and friends.

Charles graduated from Henry Bell High School in Gurdon, Arkansas where he was an excellent basketball player. Charles loved spending some free time fishing and hunting.

The family will receive friends from 12:00 pm till 1:00 pm at a visitation to be held on Saturday, March 30, 2019, at the Wilmington Funeral & Cremation Village Road Chapel, 525 Village Road Leland, NC 28451. A Funeral Service will follow at 1:00 pm. There will be a rendering of Military Honors by the United States Army Honor Guard in recognition of Charles’s honorable and faithful service to his country.