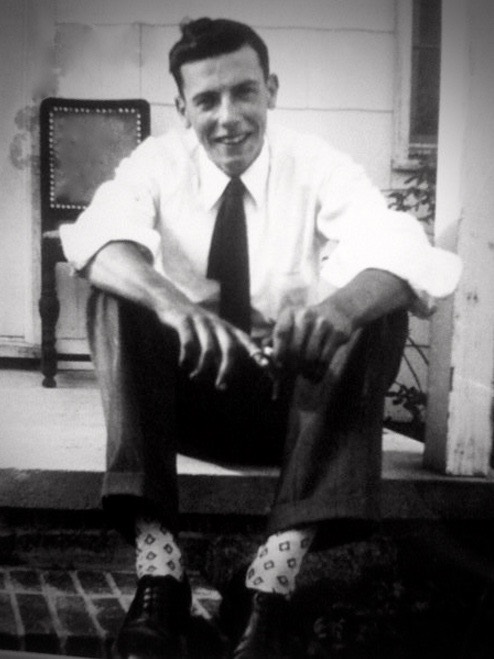 Charles Fletcher Burney, 78, of Leland, NC, passed away Wednesday, March 30, 2016. He was born August 5, 1937, in the Horseshoe Swamp area of southern Bladen County, NC to Charlie Claude and Lucy Daniel Burney. He grew up on a small farm where he hunted squirrels, rode horses bareback and plowed corn fields behind mules. He is predeceased by his wife, Mozelle, as well as his parents and three sisters – Catherine Burney, Alice Butler, and Carolyn Clark. He is survived by his son David Burney, of Wendell, NC, his daughter Melanie Myrick and her husband Dale, of Carolina Beach, three grandchildren, Anniebette, Charlie and Blake Burney and his wife, Taylor, and his great-grandson, Cash, all of Raleigh, his sister Jeanette Bridgers, of Elizabethtown, NC, and his brothers Gethro (Geet), of Whiteville, NC, Leon, of Simpson, NC, Fred, of Emerson, NC, and Earl, of Kelly, NC, and his sisters-in-law; Musette Hoefer and Peggy Cain, both of Bladenboro, NC, and brother-in-law Ricky Nance, of Carvers Creek, NC.

Charles Burney never shirked a day of work nor a hard task. He worked for 42 years as a papermaker with Federal Paper Board. He was proud of his work there and had great admiration and devotion for, and countless stories of, the men and women he worked with. He was a handy repairman and builder installing countless water heaters and dishwashers and such for family and neighbors through the decades.

The Burney homestead where Charles was raised was one of laughter and good-natured teasing, hearty food, and hard work. He was devoted to his parents and loved and admired all his siblings.

He married his one-and-only Mozelle on December 23, 1955. He was 18 and she was 16. They grew up together, parented in lock step with one another, and, together, created two beautiful homes. And they were together until her death in October 2013. For nearly sixty years their love was deep, flirty, passionate and, at times, tumultuous as love can be with two strong-minded individuals. While he was quick to say “I love you” it was through his actions and generosity that he truly showed how much he cared. During the last several years of her life when her health was in serious decline, he took on his most important job of his life – tending to her needs and nursing her without fail, 24 hours a day, seven days a week, for more than two years. She died peacefully at home under his watchful care.

After her death he moved back into their Leland home and lived independently taking great care of his animals – puppies Deedee and Maggie, and Purline, also known as ‘Hey Cat’ and ‘Daisy.’

The family will host a visitation from 6:30 p.m. to 8:30 p.m. Wednesday, April 6 at Village Road Chapel, 525 Village Road in Leland, NC. A memorial celebration will be scheduled later this spring.

The family would like to express its thanks to the Lower Cape Fear Hospice and cousin James Meshaw for the comfort and services provided during the past week. In lieu of flowers, please consider a memorial gift to the Brunswick County Animal Shelter in Supply, NC or the charity of your choice.