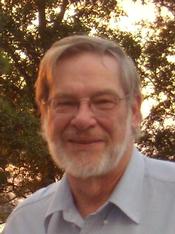 Charles was born in Burlington, NC in 1937. He joined the Army in 1960 and was stationed in Berlin with Army Intelligence during the Berlin Wall crisis. On his return to the United States, he joined the National Security Agency where he served for 41 years. After retirement, he became a docent at Bellamy Mansion in Wilmington and later at Poplar Grove. His passion was history, especially the Civil War, and he wrote several papers on life during that period in history. One article was recently published in “Repast” magazine.

A celebration of his life will be held at Poplar Grove on Sunday, August 28 from 3-5 p.m.

The family suggests donations in his memory be made to the Friends of the CSS Hunley Foundation, Warren Lasch Conservation Center, 1250 Supply Street, Building 255, Former Charleston Navy Base, North Charleston, South Carolina 29405.

Please share memories and condoences with the family by clicking on the “Sign Guest Book” tab above.