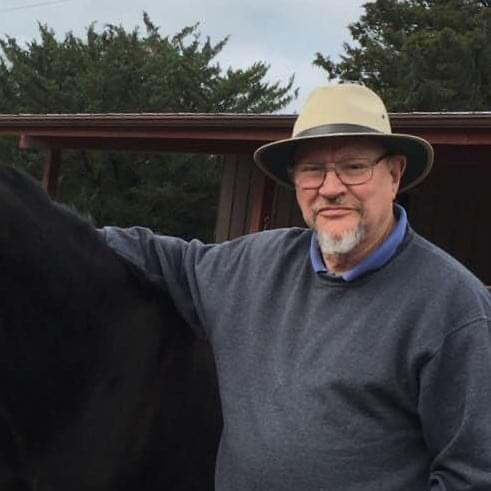 Charles was born in 1948 in Maryville, MO, to Charles F. Wright and Crystal Hubbard Wright. He spent his childhood there where he was active in sports and attained the rank of Eagle Scout. He attended college at the University of Idaho, later transferring to William Jewell College in Kansas City, MO, where he graduated with a B.A.He worked in radio, television and advertising before taking a position with United Telecommunications/Spring for 30 years where he retired as the Manager of Governmental Affairs.

Upon retirement, he taught English at Lenoir Community College for several years. In retirement, he continued his love of writing, authoring and self-publishing several mystery novels.

Charles was a member of Centenary United Methodist Church in New Bern, NC. He was a proud Mason and was a member of St. Johns Lodge #1, Wilmington York Rite Bodies, and SENCLand Council #42 Knight Masons. He attained the rank of Eagle Scout and continued his commitment to Scouting throughout his life by volunteering as Cub Leader and Scout Master as well as working at the National Scout Jamboree.

A memorial service and celebration of life will be held at Centenary United Methodist Church in New Bern, NC, on January 28 th, 2023.

Share memories and condolences with the family by visiting the “Tribute Wall.”