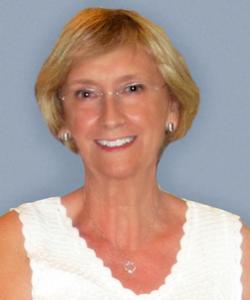 Christiane Dybvik, 77, of Wilmington died unexpectedly July 29 in Winston-Salem while vacationing in the Carolina mountains.

Born May 19, 1938 in Belgium, Chris attended school in Brussels before embarking on a career as a decorator, French teacher, ingenious floral arranger and gourmet cook.

She and Russ met in Djakarta in 1961 where she was the daughter of a Belgian diplomat and he was UPI manager for Indonesia. They married two years later in Brussels and lived several years in Europe before moving to Washington, D.C.

While in Europe, Chris trained as a decorator in a several elite shops and later worked as an interior decorator and consultant in the U.S. Her culinary skills shined while entertaining Washington dignitaries as Russ served as senior diplomatic correspondent for the U.S. Information Agency.

A celebration of Chris’ life will be held 11 am Tuesday, Aug. 4 at the Wilmington Funeral and Cremation Chapel, 1535 S. 41st Street.

In lieu of flowers, contributions may be made in Chris’ name to Mother Hubbard’s Cupboard, Grace Methodist Church, 401 Grace St., Wilmington, NC 28401.