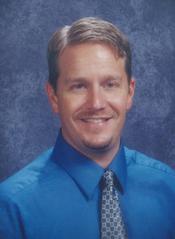 He served in the U.S. Marine Corp in Operation Desert Storm and was a member of DAV Chapter #11. He formerly taught at Trask Middle School and he was currently employed by Cepco. Chris loved to read about history, create his own music and surf the big waves.
His kind, loving, and gentle spirit will be greatly missed.

A memorial service will be held at 10:30 am Saturday, October 22, 2011 at Wilmington Funeral & Cremation Chapel by Rev. Billy
Batten.

The family will receive friends following the service.