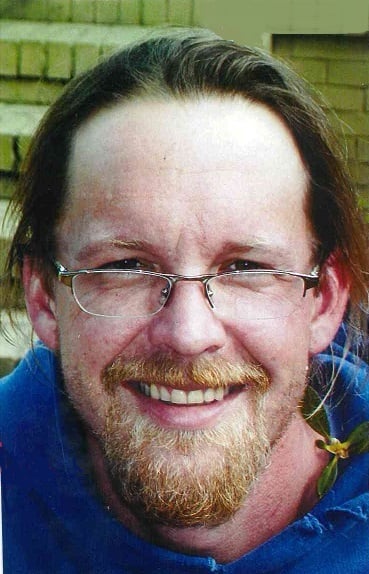 Christopher Blake Fiskin, 46, passed away unexpectedly on April 27, 2020 of complications resulting from a three year battle with a complex set of medical problems.

Chris was born in Oklahoma City on September 24, 1973, son of Stephen Dale Fiskin and R. Claudette Fiskin. He spent his formative years and completed his education in Muskogee, Oklahoma. After leaving home, he spent his adult years living and working in Las Vegas, Nevada, and Telluride, Colorado.

Chris settled in Wilmington, NC in 2005 where he and his brother established Fiskin & Brothers Construction Company. A licensed General Contractor, Chris worked in the Building Trades everywhere he lived until 2017 when his health rapidly declined.

Chris was a loving and devoted husband, father, son, and brother. His children were the “lights of his life”.

Chris mostly enjoyed the simple pleasure of life spending time with family and friends in the backyard cookouts; camping; fishing; and beach activities. During these pastimes he was well known for being the life of the party, and generally choreographing the perfect atmosphere for each occasion – with fire pits and/or bonfires being his specialty.

Chris was well known to be welcoming and accepting man who never met a stranger.

Chris could best be described as a “modern Renaissance man” – multi-talented, creative, and artistic. In his Wilmington years he developed his wood carving skills, adding to a long list of other artistic talents. He nurtured his family and friends regularly with his exceptional cooking skills. He was a gourmet.

For those who knew Chris well, they were aware of his penchant for performing “acts of random kindness”. Chris was also a huge supporter of National Public Radio which he referred to as his favorite life-long continuing education venue.

Chris is also survived by his Aunt, Sharon Cullison (Cibolo, TX); and cousin, Dr. Paul Jones, (Winston-Salem, NC); and a large array of nieces and nephews on his wife’s side of the family.

Chris will be greatly missed and never forgotten by his family and a network of friends and associates. He left us with cherished memories that will last in our hearts forever. God Bless his soul in heaven.