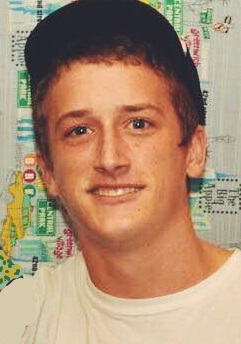 Connor Kenneth Vogel, 22, of Wilmington, passed away Saturday, April 16, 2016. He was the son of Dr. Roy Vogel and Whitney Maxwell Vogel.

Connor was a graduate of Coastal Christian High School, where a scholarship has been set up in his memory. He was a graduate of Cape Fear Community College with his Associates Degree in Computer Science and was approaching senior year status at UNCW. He had just become part of a cutting edge computer science research project at UNCW and was very excited about the far-reaching implications of this study for the general public.  He recently interned at Proclaim Interactive, a Wilmington based web design company. Not only at Proclaim, but in all areas of his work and life, he deeply loved and cared for those around him.

His first job was at Saw Mill Restaurant, which is graciously providing the food and refreshments following Connor’s memorial service. Connor also worked as assistant manager at Hibachi Bistro.

For years, Connor served meals to the homeless at First Baptist Church in Wilmington. He cherished the opportunity to serve others. Connor had been active at Christ Community Church in Wilmington in the past year and had given his life to Christ in Trinidad in 2013 while on a mission trip there.

The family remains devastated by the tragic loss of their beloved Connor. The Vogel’s are grateful beyond words for the outpouring of love for Connor. Thank You All.

Besides his parents, Connor is survived by his sisters, Kirstin and Kelly and her children Ariana and Amare, his brother Jamin and his wife Becky and their children Colin and Abbie; his paternal grandmother Jeanne Vogel; and many aunts, uncles and cousins. He also is survived by his future wife Ashley Cota, to whom he had just made a lifelong commitment.

A celebration of Connor’s life will be held Friday at 11 a.m. at Christ Community Church, 4555 Fairview Drive in Wilmington. In lieu of flowers, gifts may be sent to the Connor Vogel Scholarship at Coastal Christian High School, 1150 The Kings Highway, Wilmington, NC 28409.