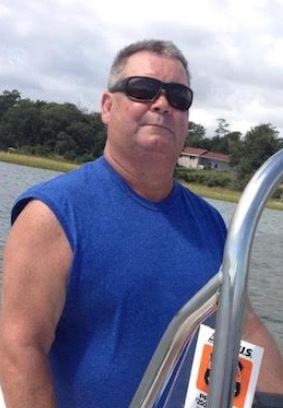 Craig Steven Nesteruck, age 67, a resident of Leland, North Carolina for the past 11 years, passed away on Sunday, December 19, 2021, at Lower Cape Fear LifeCare.

He was born in Freeport, New York on August 16, 1954, the son of Alexander and Elizabeth Tona Nesteruck.

Craig was a New York City Fireman (FDNY), Company 31, Bronx, NY, who served his city bravely during the tragic events of September 11, 2001. Craig was also a veteran of the United States Navy, who served his country with honor and distinction as a Boatswain Mate 3rd Class, aboard the Aircraft Carrier USS Saratoga (CV-60), during the Vietnam War.

Craig is survived by his wife of 43 years, high school sweetheart, Donna, his 2 daughters Tabitha & Brittney, his son in laws Seth & Dave, and his 4 grandchildren, Trevor, Scarlett, Micaiah and Colton.

He loved making people laugh, spending a day out fishing, golfing, boating but most of all he loved the time he spent with his family.