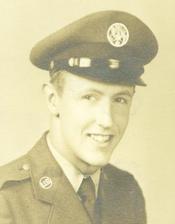 Mr. Lowe was born December 29, 1931, in Gaston County, NC. Before retirement, Mr. Lowe was a Drafting & Design instructor with the NC Department of Community Colleges and a commercial building superintendent.

He served in the United States Air Force and was a Korean War veteran; Cyrus was an airplane pilot and avid experimental aircraft enthusiast.

Survivors include daughter Tracy L. Lowe of Wilmington, NC and adopted daughter Melody D. Lowe of Weyers Cave, VA. Three Grandchildren and special care giver, Gloria S. Lowe. He was preceded in death by his only son, “Eddie” in January, 2000.

A celebration of Life and Veteran’s Memorial Service will be held at 11:00 AM Saturday December 10, 2011 at Oleander Memorial Gardens.

In lieu of flowers, donations may be made to his beloved Border Collie, “Shannon” c/o Tracy Lowe 501-A Dogwood Lane Wilmington, NC 28409.