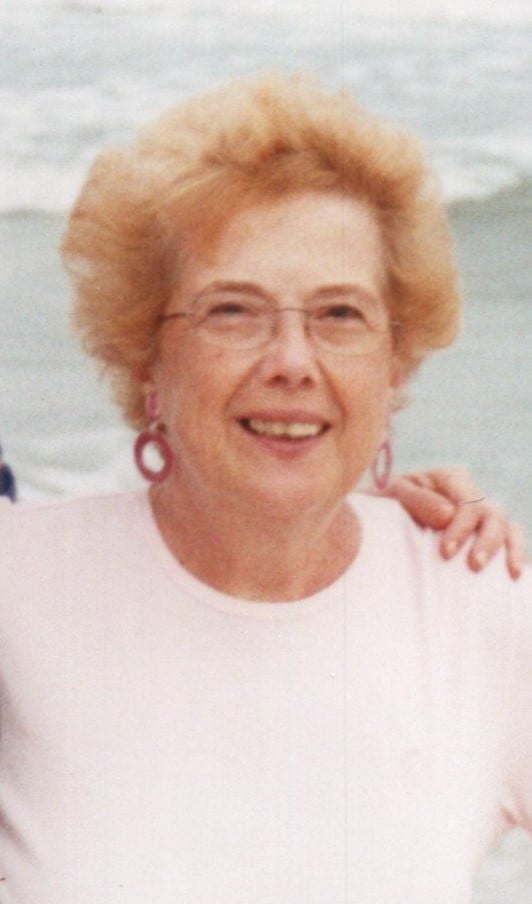 Daisy Ruth Downey peacefully went home to her Father in Heaven on Tuesday, July 12, 2022, due to complications of Alzheimer’s/Dementia.

She was the last of 6 children born to Elzie E. McCollum and Ida Lydia Flint McCollum in Uniontown, Kansas.  Ruth was only 2 when her father, who was a highway worker, was struck and killed by a drunk driver.  Her mother purchased the McCollum family farm where Ruth spent her youth, where they had fruit trees, chickens, and a stream full of catfish. She helped garden, clean eggs for the cartons which were sold for cash, picked greens, and shucked corn for eating and canning.  This was rural after depression reality.  Even with that help, things were hard for the family, and they needed financial assistance.

Her Uncle, Eugene Flint, came to help on the farm.  Ruth remembered baths in a metal tub of hot water and flower sack cloth for clothing. She remembered her mother always coming up with meals for men displaced by the war as they passed through looking for work. No matter how difficult for the family she learned about giving and sharing.

As she got older her sister Clara, who worked in the fashion industry and was a professional seamstress would send her outfits, which she loved.  Ruth graduated from high school and went to Kansas City, Kansas and lived with her sister Clara and her husband while she worked as a receptionist.  She later was hired by AT&T where her brother Bill worked, eventually moving to a New Jersey.  She went to a number of university short courses when at ATT.

She was certified as a communications construction project designer for ATT while in NJ.   The average project budget for her assignments was 100 to 200 million dollars an assigned project.

After a bout with cancer and in recovery she moved to Wilmington which she had visited on vacations.  She was active in environmental conservation efforts regarding the ocean, beaches, and wildlife.

After the terrorist attacks on 9/11, she wanted to do something to help the country and became actively involved in the Democratic Women’s organization as well as helping to run the Democratic Party office for years.  She earned the Star Democrat Award on September 17, 2011.

Ruth loved her family and friends and was always very generous with them.  If you let her know she was needed, she would find her way to you.

She was always fun loving and sassy at all of the family reunions. She was an excellent cook and loved to entertain, travel, enjoyed music, broadway shows, and shopping.

She surrounded herself with art work and items which gave her joy, such as shoes and bright jewelry.  Ruthie was an avid animal lover, especially cats, of which she had many through the years. She would give to many animal protection organizations and always chose a rescue animal for her pets.  She always shared her memories of the dog of her youth, Old Cub.

A memorial service will be held Tuesday July 19, 2022 at 4pm at Wilmington Funeral and Cremation Chapel, 1535 S. 41st St, Wilmington NC 28403 with a gathering reception to be announced at the memorial.

In lieu of flowers, donations may be made to National Breast Cancer Foundation or Alzheimer’s Association

Memories and condolences may be shared with the family on the tribute wall.

There will be a live stream of the service starting at 4:00pm EST. Click here to join