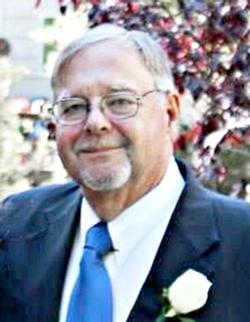 Dale was born on October 29, 1948 in Bay Shore, NY. His parents Edward Morton Dalton, and June Marie Dalton precede him in death.

Dale was a loving husband to his wife of over 30 years, Iris Janik Dalton of Wilmington, NC, and a devoted father to his children, James Michael Dalton of Suffolk, VA, Paul Richard Dalton of Smithfield, VA, Daniel Edward Dalton of Selkirk, NY, Rachel Elyse Dalton of Austin, TX, Kim Iris Newman and Kris Ann Keane of Patchogue, NY, who are left to remember his large and loving heart, constant teasing and humor, as well as his keen ability to fix just about anything. His six grandchildren, Tyler and Dakota Dalton, Elijah and Samantha Dalton, Colton Keane, and Dylan Jones also survive him along with his kitty’s Roxy and Jezebel. He will be missed not only by his family, but also by the many people that had the privilege to know him and call him their friend.

Dale retired as a Master Sargent after serving faithfully and proudly, defending our nation, in the United States Air Force for over 23 years as a Dedicated Crew Chief on C-130 aircraft. We will forever be in his debt for his honorable service to our nation.

A memorial service will be held on Sunday, March 8, at 2 PM at the Wilmington Funeral Chapel. Memorial donations can be made in Dale’s memory to the Epilepsy Foundation at www.epilepsy.com or the Pancreatic Cancer Action Network at www.pancan.org.